It’s 4/16. It’s a Friday, but that doesn’t mean anything anymore. It might as well be 4/20. Happy 4/20. Plus, you’re baked either way. Maybe a little too baked. Be cool or Duane will find out. It’s time for a diversion. It’s time for a movie. But you’re sick of the stoner movies, there’s only like 10 of them, and just three of those are still funny. What if there was a solution? There is. Here it is: no more stoner comedies. Instead, here’s a list of movies meant to be watched while stoned. We’re talking trippy movies, mystery movies, experimental movies, non-narratives—you know, stoner movies.

No, they’re not all on one convenient streaming service because you don’t have just one streaming service. You have five. Six? You forget. They’re automated and shared. But you’re waiting for a third party company to make streaming bundles where you get access to seven services for the price of two. Only then will you realize we’ve come full circle and recreated basic cable. History is cyclical. So here are the movies. Mild spoilers. Happy 4/20! 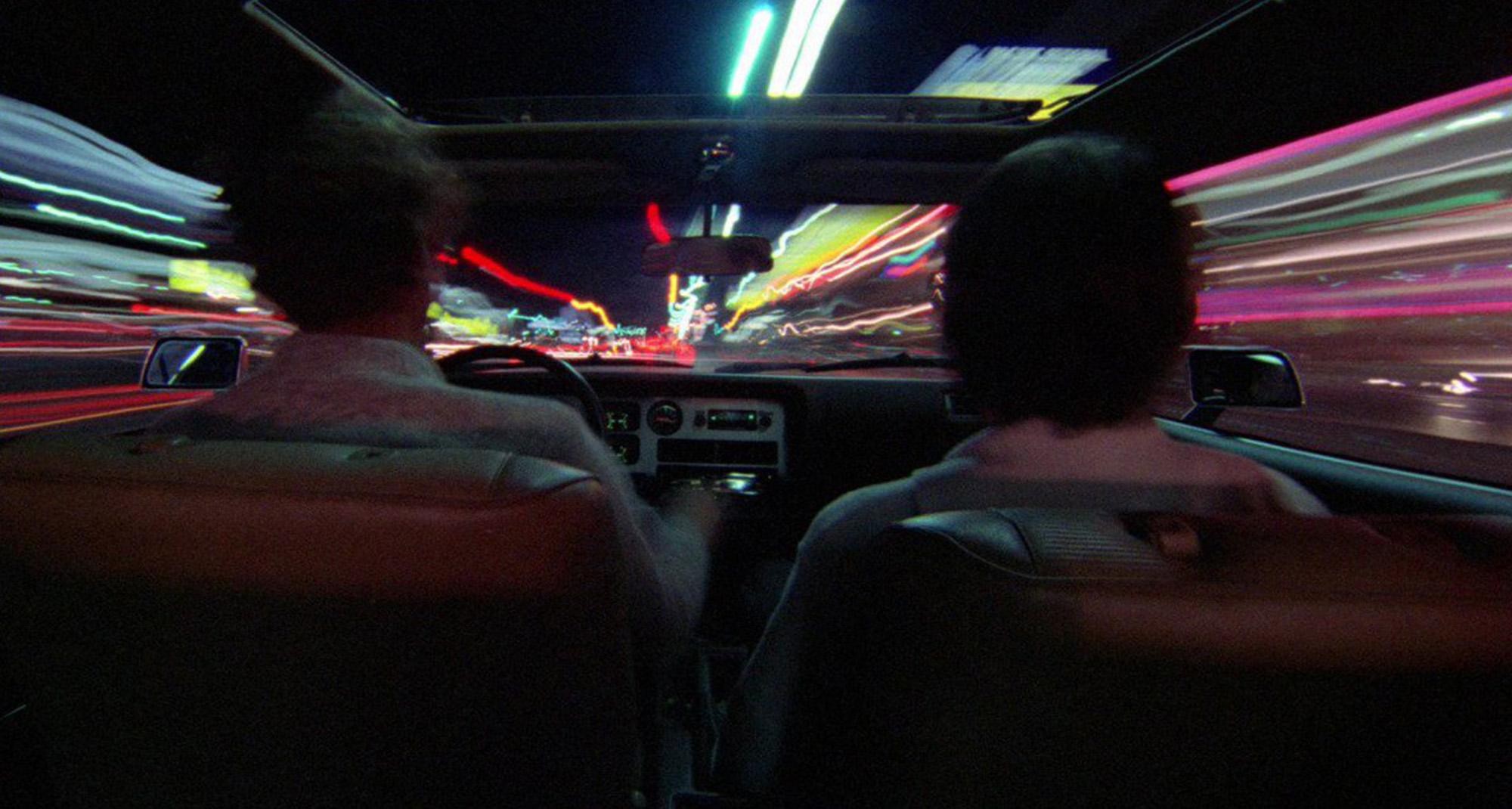 This is the movie your Kerouac-reading friend recommended to you in high school, but you never got around to actually watching it. You should. It’s great. Released in 1982, this experimental documentary(?) juxtaposes footage of modern life and technology against nature. Hence the alternate title, Koyaanisqatsi: A Life Out of Balance. What really ties it all together is the unforgettable score from the inimitable and idiosyncratic Philip Glass. Even if its wonderfully executed concept is above your pay grade, just sit back and let it wash over you. Plus, it’s technically part of a trilogy, so there’s more! An alternative movie that puts more emphasis on sight than sound is 1992’s Baraka. Not to be confused with the Mortal Kombat character.

Find it on: Tubi or Amazon Prime 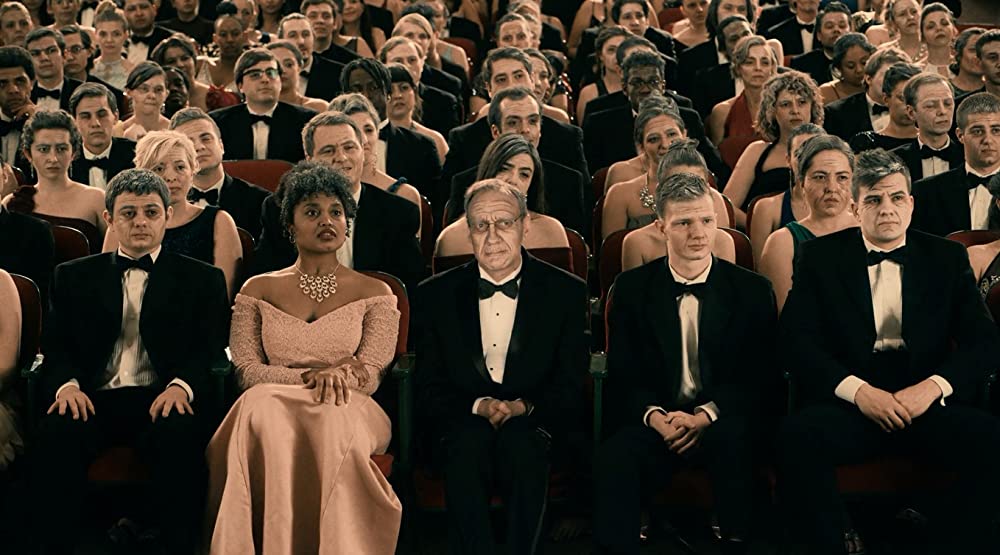 This one’s for the mental masochist who only smokes sativas and thinks about space. Enter sarcasm: I’m Thinking of Ending Things is a cute, romantic film about an unnamed young woman going to meet her boyfriend’s parents for the first time. When they arrive, they’re greeted with a sweet romp through space and time, stuck in a decaying, forgotten memory and forced to witness the dying husk of a life less lived. That is, if they’re even real. Loads of folks are crediting writer and director Charlie Kaufman (Synecdoche, New York, Adaptation, Eternal Sunshine of the Spotless Mind) with creating an existential horror movie. Have fun!

Find it on: Netflix

This one’s from husband-and-wife filmmakers Helene Cattet and Bruno Forzani, creators of family classics like The Strange Colour of Your Body’s Tears and O is for Orgasm. Known for abrasive imagery and sound that borrows from French New Wave, giallo, and Kubrick in equal measure, the duo’s latest venture, Let the Corpses Tan, adapts a French crime novel of the same name. This movie’s like a spaghetti western from an alternate reality. Or from France. The whole thing’s an elongated standoff between cops and robbers and it involves gold, a love triangle, and a woman getting her clothing shot off without being harmed. It’s a trip, and that’s why it’s on this list.

This one’s more conceptually riveting than most big budget sci-fi movies out there, and it cost like 3 bucks. Boasting a whole cast of “where do I know them froms?,” this low-scope high concept masterpiece is tough to explain. So I’ll just steal the description from Google: Eight friends at a dinner party experience a troubling chain of events due to the malevolent influence of a passing comet. Those “troubling chain of events” include metaphysical distortion, quantum time loops, parallel universes, and more. I won’t spoil it; getting mind boggled by the plot is 90% of the fun. Very fun to unpack if you’re baked, and even more fun to watch twice. And trust me, the plot’s air tight.

Find it on: Hulu, Tubi 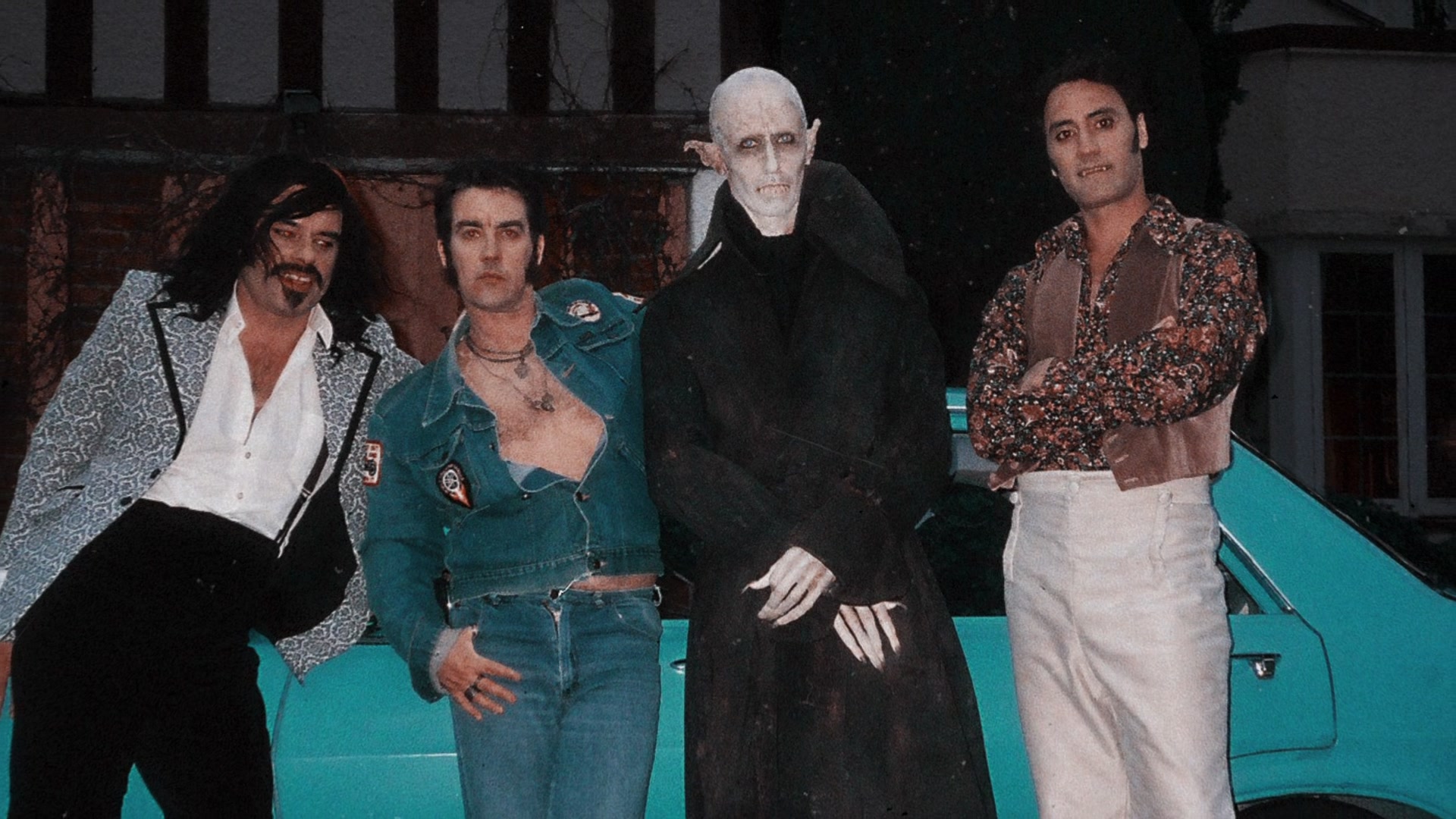 This one inspired that FX show of the same name, but this one’s the movie. Directed by and starring Taika Waititi and Jemaine Clement—yes, that Taika and the Flight of the Conchords guy—What We Do in the Shadows is mockumentary horror comedy. It follows three (spoiler: five) ancient vampiric housemates as they navigate modern life. Honestly, this is one of the few comedies that don’t suffer from a second act joke drought, it’s hilarious the whole way through. If you’re looking for a 4/20 comedy, this is the one.

This one’s like watching a long South Park episode that has a message other than “caring is uncool.” Directed by Boots Riley, Sorry to Bother You is set in an alternate universe in Oakland where telemarketer Cassius Green, played by LaKeith Stanfield—who, between Short Term 12, Get Out, and Judas and the Black Messiah is rapidly becoming the top-tier chameleon of this film generation—discovers that using a white accent during cold calls yields better results. Bitingly satirical and surreal, the less you know about this one the better. Suffice to say, it spirals out of control and then spirals some more, with a third act twist that’s as absurd and hilarious as it is poignant. It’s also where this movie’s inclusion on this list makes the most sense.

Todd Knaak is a writer and filmmaker out of Southern California just like everyone else and is currently the Creative Copywriter for MedMen.

These statements have not been evaluated by the Food and Drug Administration. Products are not intended to diagnose, treat, cure, or prevent any disease.
Back to List
‌
Industry Visionary Amber Senter Is Paving the Way for Social Equity in Cannabis

‌
Kick Off Pride Month with These 13 LGBTQIA+-Owned Cannabis Brands