The Truth About Cannabis and Cancer

By now, most of us are probably aware that cannabis can potentially help with cancer treatment. After all, a wide range of U.S. states have legalized medical cannabis for the treatment of cancer, among other conditions. However, there’s still plenty of misinformation out there, particularly surrounding the fact that cannabis can be used to treat cancer but does not cure it—that, and all the seemingly contradictory info regarding the plant's benefits and the potential risks involved when using cannabis to aid in cancer treatment. So, to clear things up, we talked with Jordan Tishler, MD, CEO/CMO of InhaleMD, a Boston-based practice that focuses on treating patients with cannabis, and Jerry Mitchell, MD, an oncologist on the committee for the Ohio Medical Marijuana Advisory.

First up: There’s no proof that cannabis “kills” cancer cells.
Some people believe the government is sitting on some life-saving information: that cannabis attacks and kills cancer cells, thereby making it the most effective treatment for cancer, but there’s no solid proof. “The data is highly interesting, but by no means is it conclusive,” Tishler says. The scientific evidence that cannabis can directly impact a cancerous tumor is so preliminary that the only reason Dr. Tishler even feels comfortable talking about it is because cannabis is non-toxic. Still, any conversations he has with patients about using cannabis as a treatment are riddled with caveats. “Since treatment of cancer with cannabis has never been studied in humans, we can’t say if it’ll work, nor do we have much to go when it comes to proper dosing,” he says. Tishler agrees to help people try treatment with cannabis only if they agree to continue their traditional treatments, as well. “Occasionally I have patients who want me to agree that they can use cannabis instead of conventional therapy,” Tishler says. “I think this is a lethal mistake, and won’t be party to it.”

But cannabis can be helpful for nausea, pain, and other symptoms.
Cannabis has been proven effective as a treatment for cancer symptoms like pain, anxiety, and depression, and for symptoms brought on by conventional treatments like chemotherapy, such as nausea and vomiting, poor appetite, pain, and insomnia, Dr. Tishler says. In general, doctors will suggest taking small doses of cannabis, between five and 15mg. “The goal is always to use the least amount necessary to get the best benefit possible, all with the least side effects,” he says. Typically, he suggests inhaling cannabis for short-term needs like nausea and appetite, and consuming it for constant symptoms like chronic pain. “Inhalation should be vaporized flower, not smoking or using a vape pen; flower is safest,” Dr. Tishler says. 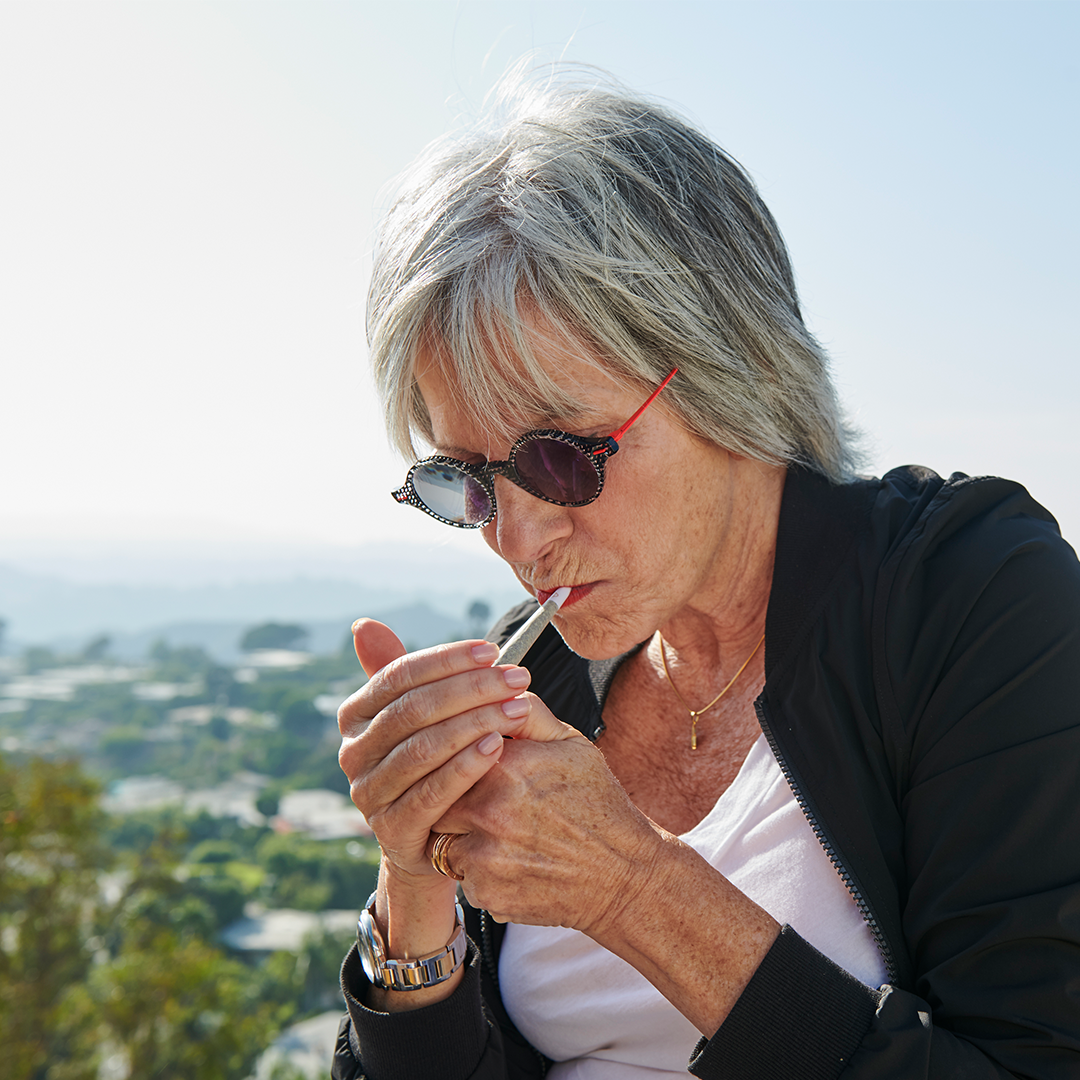 It’s important to be careful combining cannabis with other medications.
Cannabis is commonly combined with chemotherapy—often the plant is meant to counteract a variety of unwelcome chemo symptoms—but it could potentially be dangerous when used alongside other meds. There isn’t a lot of good data about what happens when you combine cannabis with other medications, but Mitchell cautions patients against using cannabis in tandem with certain pain-relievers. “Combining medical marijuana with opioid pain medications or benzodiazepines, like Xanax, can cause reactions in brain chemistry,” Mitchell says. “And the effects of the opioids can be amplified.” So, if you’re taking opioids or benzodiazepines, it’s very important that you speak with your doctor about possible side-effects before trying cannabis for cancer symptoms.

In general, we need much more research.
Because cannabis is still illegal at the federal level, there isn’t much full-proof research about how it does or does not effectively treat cancer—either its symptoms, or the disease itself. “I think we need to keep our minds open and actually do the research,” Mitchell says. “Because if we’re not doing the science, then we’re making recommendations based on myth, and that’s not how I like to run my practice.”

These statements have not been evaluated by the Food and Drug Administration. Products are not intended to diagnose, treat, cure, or prevent any disease.
Back to Health List
‌
Health
Can CBD Be the Answer to a Good Night’s Sleep?

‌
Health
How I Manage My Anxiety With Low Doses of Cannabis

‌
Health
How To Make A CBD Face Mask