How Rosin, Resin, and Solventless Extraction Are Elevating the Edible Experience

As cannabis use becomes increasingly legalized and less stigmatized, plenty of brands are introducing a wide variety of products to expanding markets. Among those innovations are edibles made with rosin and resin, two similar-sounding extracts that some founders call a gold-standard ingredient for a gold-standard cannabis experience.

Or as Rose Los Angeles cofounder Nathan Cozzolino explained to Ember, it’s a matter of “quality in, quality out.”

That’s how he described the methodology behind the brand’s Rose Delights edibles: Turkish delight-style edibles which feature proprietary flower pressed into rosin, a concentrate generally made through a combination of heat and pressure (though different brands have different exact methods of creating their ingredients). It’s a process that Cozzolino calls “sort of asinine to most,” though it also can preserve terpenes and flavors that other preparation formats might lose along the production line.

Why asinine? Well, because it takes additional work. “You're taking flower that is sellable in smokable form, squeezing it, and turning it into not-sellable flower for the sake of this oil you want to cook with,” Cozzolino explains. 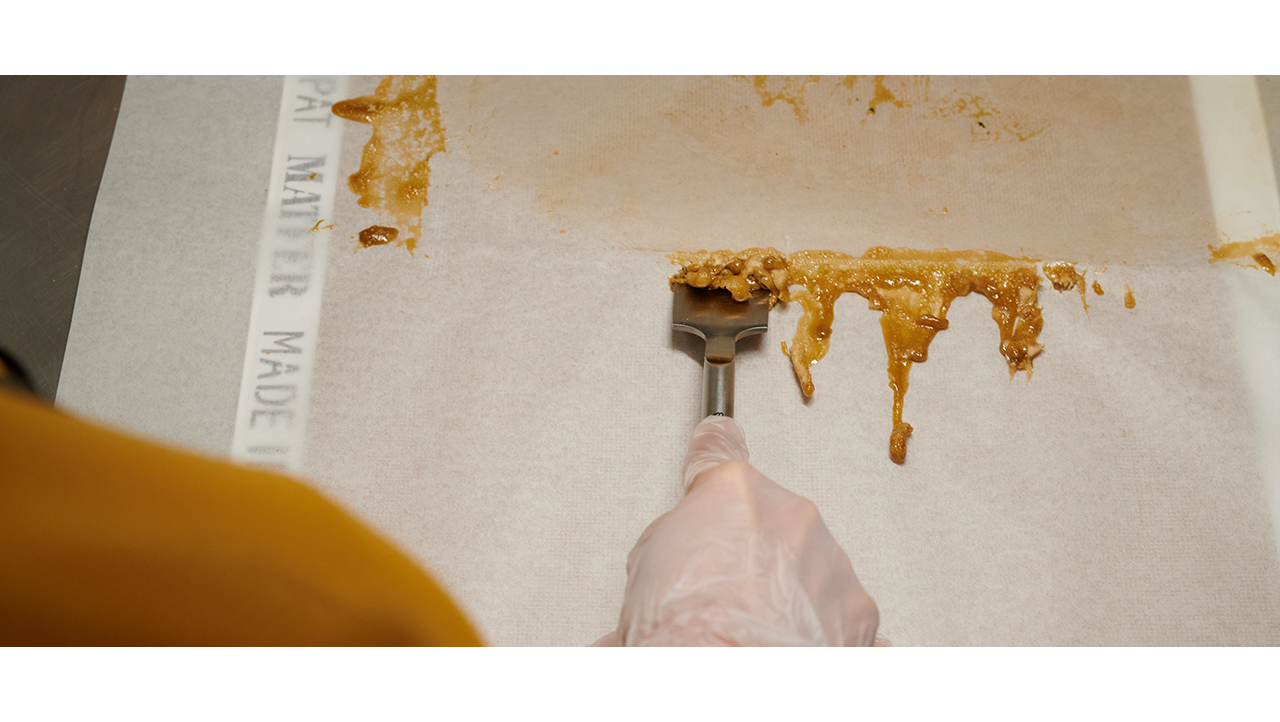 He’s not alone in wanting to source such high-quality oil as the basis for his company’s edibles, which also feature top-of-the-line fruits and other ingredients. Brands like Wonderbrett, which also makes rosin-based edibles and live resin cartridges, and Kiva Confections, whose Lost Farm line includes live resin chews, are also staunch believers in going the extra mile for a unique consumer experience. Or as Christie Strong, the senior creative marketing manager at Kiva, calls it, the “canna-sseur” experience.

“It’s an ode to the plant,” she says. “It's all about taking what's incredible and unique about those strains and retaining the delicate cannabinoids, flavonoids, and terpenes that are normally lost in most edible-making processes.”

The brand treats flower that’s been flash-frozen within a few hours of harvest with a mix of liquid hydrocarbon solvents, low temperatures, and pressure to create its hash oil, which it then pairs with other flavors and ingredients. The result? Single-strain chews that she calls “the new frontier of discovering how we can work with this plant and create something really incredible and even revolutionary with it.”

“It’s an ode to the plant. It's all about taking what's incredible and unique about those strains and retaining the delicate cannabinoids, flavonoids, and terpenes that are normally lost in most edible-making processes.”

It stands to reason that going the extra mile for an ingredient is only worth it if the payoff is, too. For Brett Feldman, the president of Wonderbrett, it certainly is.

“The flavor and terpenes and profiles are amazing,” he explains. ”With that full-spectrum experience that comes from rosin hash, there's more cannabinoids there than there is when it comes to a distillate-based product.”

The latter process, though overwhelmingly the standard in the industry, “strips everything away and leaves only the THC,” Feldman says. “There might be some cannabinoids left over, but not nearly as much as would be in a purist-type, solventless product that has all those cannabinoids. You get a better, full-body effect when it comes to having all of those components together.”

As the cannabis industry grows—and the consumer base it attracts diversifies—more people are either discovering the product that works best for their needs and lifestyles, or mixing and matching based on the experience they want at a given moment. By focusing on the terpenes, which are the chemical compounds found not just in cannabis but in other plants too, product developers say they can tap into an experience that helps someone go beyond a desire to simply “get high.”

"At the end of the day, you can make an edible, or you can try to make the best edible you can. That’s our approach."

The focus on terpenes also serves as an alternative to the push for higher THC levels that’s present elsewhere in the cannabis world. Not too long ago, “everyone in the industry was really concentrating on the THC levels—that the higher the THC levels, the more high you were gonna get,” said Strong. “But now we know that the terpenes actually have a really strong effect on the experience.” So in using pressurized extraction processes to create rosin or live resin, brands are able to preserve those terpenes, and thereby potentially influence your experience when you consume their product.

“There are a thousand ways to do everything—it's about what is your end goal and what are you really trying to achieve?” says Feldman. “And at the end of the day, you can make an edible, or you can try to make the best edible you can. That’s our approach.”

That’s also why brands that work with rosin and live resin are also particular about their edible’s other ingredients, almost to a point. Feldman likens his team’s process to almost being “picky eaters” in how they source and match both flower and flavor, and Cozzolino notes that many of Rose Delights' team have a culinary background. 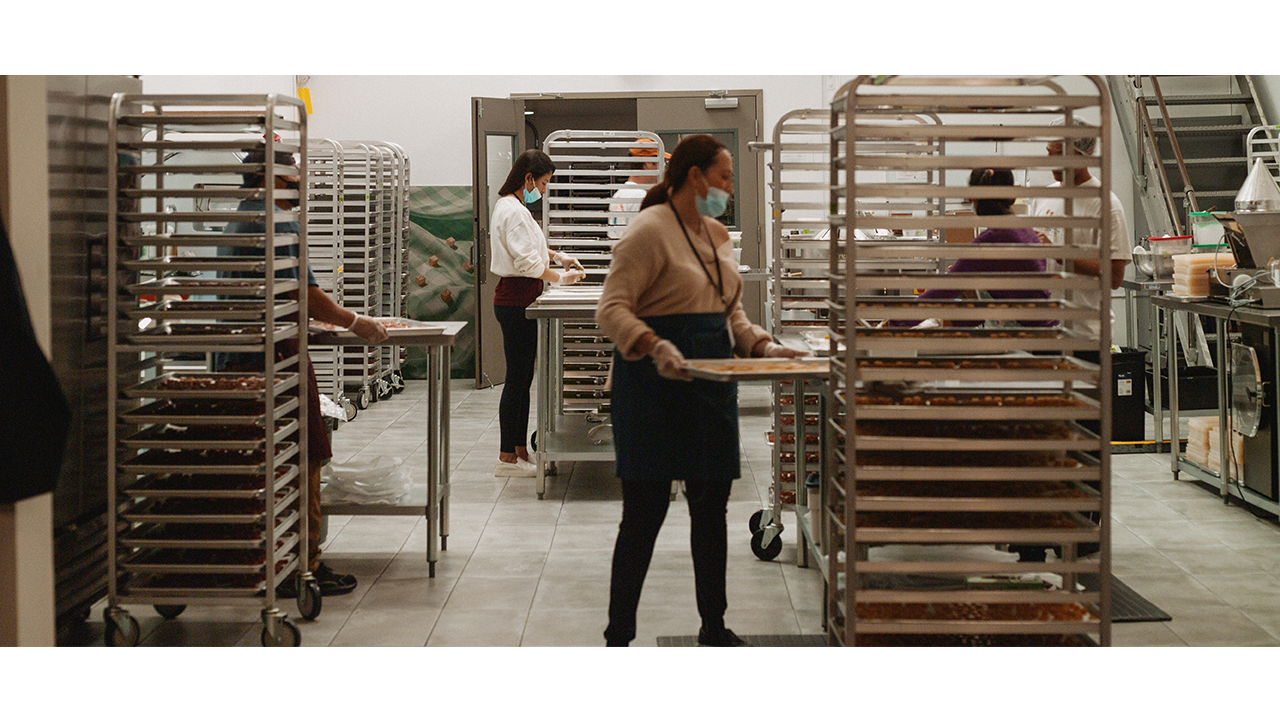 “There’s such a sterile, lab vibe in cannabis, which is good because you want clean product, but bad because it creates a barrier to introduce any sort of kitchen processes with real food ingredients,” Cozzolino says. Rose Delights has partnered with a number of world-renowned chefs to create limited-edition, seasonal flavors as part of their regular drops. Think “poached pear in chile ancho,” a flavor profile you’d just as likely find in a world-class dining room as you would in an edible box. There's a good reason for that: Enrique Olvera, the chef behind Mexico City’s Pujol, was also behind that specific Rose Delights offering.

Similarly, Wonderbrett and Kiva Confections each take their own approaches when it comes to flavor offerings. Feldman notes that the Orange Banana strain in one of his brand’s solventless rosin fruit chews already had the citrusy and creamy banana notes of each fruit, so it was a no-brainer to pair its oil with those fruits. And while Kiva Confections regularly introduces limited-edition flavors as well, the brand also has a core set of offerings that hold true to the live resin experience.

“We're not trying to cover up the cannabis taste with this product,” Strong says. “We're trying to build off of it.”

Throughout, each brand is holding itself accountable not just to creating better product, but to the best product they can offer canna-sseurs. And how do you make the best even better? By holding yourself accountable to quality ingredients and an investment of time. Rosin and resin-based edibles are a proven piece of that puzzle—and it’s only a matter of time until other high-quality brands join in.

These statements have not been evaluated by the Food and Drug Administration. Products are not intended to diagnose, treat, cure, or prevent any disease.
Back to List
‌
California's Expungement Battle: What's Working & What's Not in the Fight for Cannabis Record Clearance

‌
Getting to Know [statemade] zzz