Just seven years ago, recreational marijuana use had been illegal in all 50 states for nearly a century. Today, legalization is sweeping the nation, in line with rapidly shifting public opinion. Despite the federal ban, the United States is now home to a national marijuana industry worth $10.5 billion, and California alone is one of the largest legal cannabis markets on the planet. And with legalization come advances in the quality and consistency of domestically produced cannabis. These days, American marijuana would make well-known hemp farmer George Washington proud.

In this detailed look at the life cycle of pot, from cultivation through cannabis consumption, we walk through the many advantages of legal cannabis: from ecological to economic to medical to social. Weed? More like a miracle plant.

The cannabis industry research firm New Frontier Data predicts the new marijuana market will create a quarter of a million jobs by 2020, many of them in cultivation. And at between $12.25 and $14 per hour, the average national wage for a trimmer—the workers called in at harvest times to trim buds from stems and remove leaves in preparation for sale—is almost double the national minimum wage of $7.25 per hour. Though there have been recent reports of poor working conditions for some trimmers, these workers and others at the cultivation stage are playing an active part in the industry’s move toward unionization, working to secure the best possible jobs for all cannabis workers. 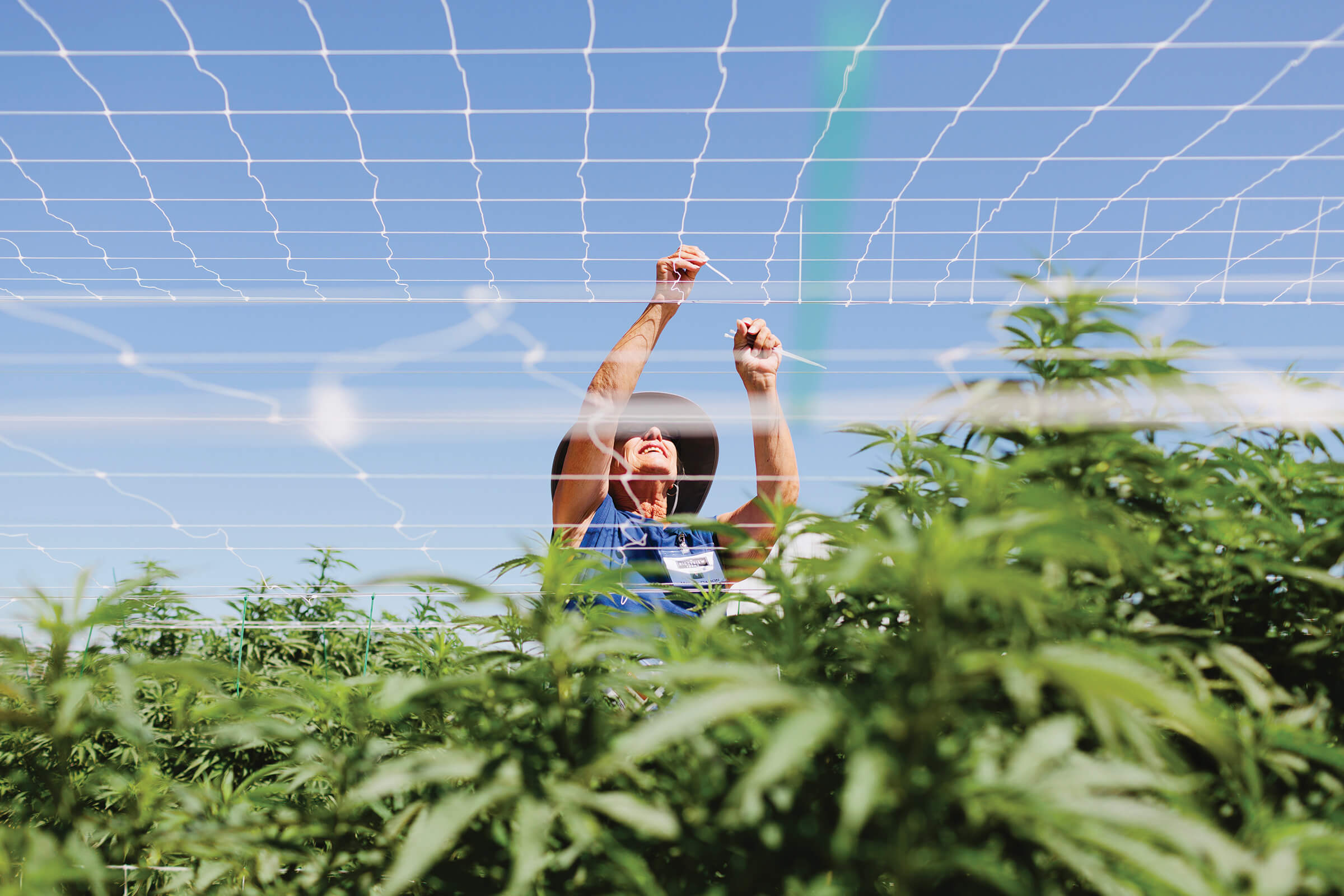 The ecological beneﬁts of legal cultivation are nothing to scoff at either. In areas where pot is illegal, growers sometimes try to hide their crops by illegally colonizing remote and wild land. Scientific American points out that when such crops are found, law enforcement often uses severe chemical herbicides for quick removal, ravaging both crop and land in one swoop. Legalizing pot eliminates the need to hide crops in the wild, protecting areas of natural beauty from growers and government agents alike.

And in 2018, the federal government legalized the cultivation of hemp, the non psychoactive variety of cannabis plant used for industrial purposes. As Erica Stark, executive director of the National Hemp Association, explained to me, hemp has enormous environmental beneﬁts: “It’s the strongest natural ﬁber on the planet, it sequesters a large amount of CO2, and its extensive root system aerates the soil, making it an excellent rotation crop.” It also requires less fertilizer, pesticide, and water than comparable industrial crops like cotton—and it grows fast. Trees can take up to 30 years to grow, but hemp can be used to make paper after just a one-year growth cycle. Finally, it’s amazingly versatile: it’s strong enough to be used as a carbon-neutral building material, can be consumed as a plant-based protein, and can make plastics, rope, and even fuel for biodiesel cars. In many of these products, hemp can replace petroleum, making it an invaluable fossil-fuel alternative.

History can help us understand how criminalizing cannabis negatively impacts the quality of products, and so the people who use them. When it comes to alcohol, the United States has seen ﬁrsthand the failures of prohibition and the corresponding murkiness of an unregulated product. In 1919, the temperance movement pushed Congress to pass the Volstead Act, which (unsurprisingly) didn’t stop the US from drinking. It did, however, coat the act of drinking with a glamorous, transgressive sheen, while creating a healthy illicit market that operated outside of the regulating inﬂuences of the law and market forces. The result? Otherwise law-abiding citizens were left to consume unregulated and potentially dangerous products. 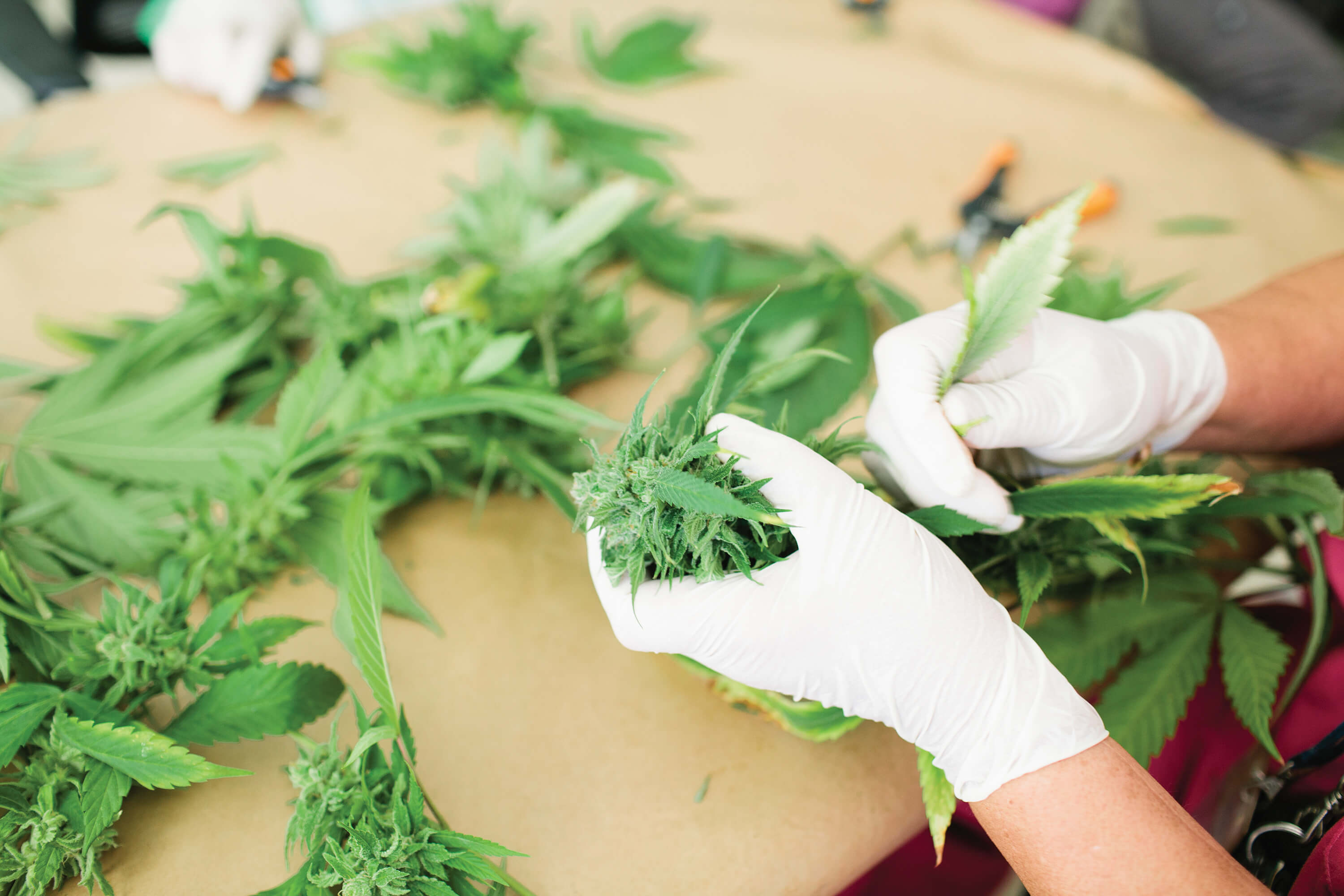 As cannabis legalization advances, consumers can rely on increasing safety and quality-control measures. “The industry has made enormous leaps in making sure the products that are sold in dispensaries are safe,” Josh Shlenker, senior merchant at MedMen, told me. “We test for pesticides, microbiological contaminants, heavy metals, heavy moisture content, and more, as well as regularly audit our manufacturers’ practices to make sure they conform with industry best practices.”

And with legalization comes more information for consumers, too. When marijuana is illegal, dealers are at the mercy of bigger suppliers and provide whatever strain is available at the time. This makes precision dosing difﬁcult, especially for people wishing to use cannabis for medicinal purposes.

But as cannabis emerges as a legal product, consumers are getting access to more information. For instance, the Portland-based biotechnology company Phylos Bioscience is creating a database of marijuana DNA, one of the largest of its kind on the planet, allowing industry growers to submit strains of weed to be sequenced, analyzed, and mapped relative to the genetics of other strains. Cannabis is traditionally categorized by strain name alone. Sequencing the DNA of various strains allows consumers to pick local varieties, learn about the farmers who grew them, and, most importantly, have a reliable way of ﬁnding the same product again, bringing transparency into the supply chain. 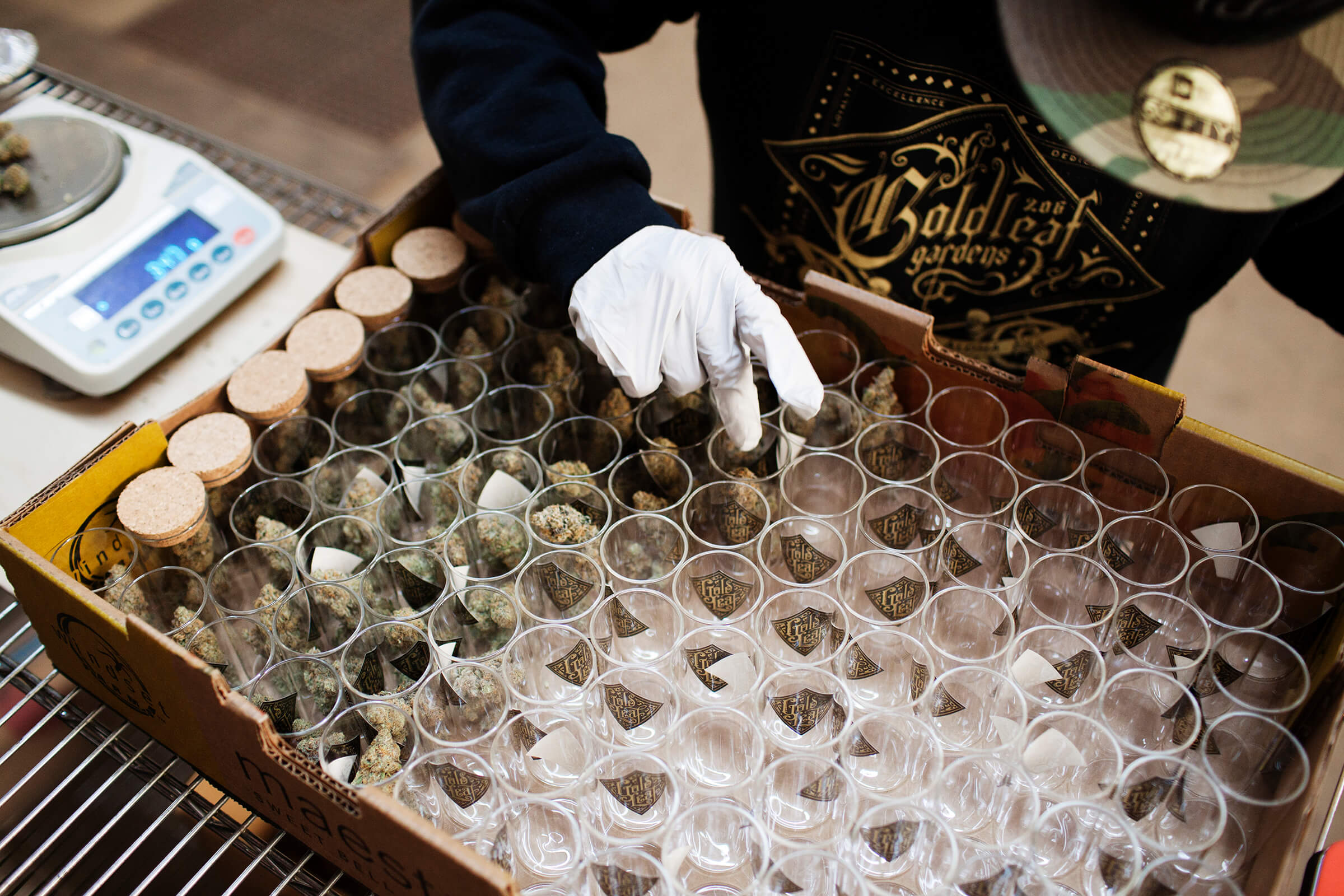 Shlenker emphasizes that along with giving consumers clear labeling and use guidelines, it’s essential to educate them about their expectations and starting doses: “Until the medical community has standardized treatments using cannabis for particular illnesses or chronic pain, any standardized system to control the limits of dosing are a guess, at best, based off of very limited information. People need education and freedom to determine and then experiment with the best products for them, whether it’s for recreation, chronic illness, or just mild anxiety/insomnia.” That education can be provided by the kind of trained and credentialed personnel emerging in the legal cannabis industry.

And as for more evidence-based information about dosing? The federal ban on marijuana in the United States has also impeded crucial research into its medical and industrial applications, as well as how our bodies respond to the drug in the long and short term. Partly, that’s because it’s hard for researchers to secure funding to study a Schedule 1 substance. As a result, the vast majority of research on pot is happening overseas, with Israel currently the world leader in cannabis research [see our story on weed worldwide, p. 38], while the US is still developing its intellectual property on the subject.

In the past, buying cannabis was often inconvenient or even frightening experience. Even in states that have legalized medical marijuana, dispensaries can be intimidating places, complete with blacked-out windows, bars, and even mantraps. Quite the ordeal, if you just want something to ease your pain or anxiety.

Luckily, for millions of Americans, buying cannabis is now just like any other retail experience: they can visit MedMen or another store in their town and choose from a wide array of clearly described products, with the help of a marijuana expert, or budtender. They can even develop a lasting relationship with a particular budtender, consulting with them repeatedly over months or years. This kind of relationship helps people who use cannabis ﬁnd products ﬁnely tuned to their changing needs.

Aside from the beneﬁts to consumers, there are major economic incentives to legalizing the sale of marijuana. Harvard economist Jeffrey Miron estimates that in 2016, taxing cannabis could have brought in more than $12 billion in tax at the federal and state levels. That’s enough to provide low-income healthcare to more than 5 million children for a year.

So what happens when you legalize cannabis? In Colorado, the number of low-level marijuana court ﬁlings dropped 81 percent after marijuana was legalized. In Washington, DC, marijuana-related arrests decreased 76 percent after pot was legalized, and possession arrests fell by nearly 99 percent. As well as meaning fewer people behind bars, these reductions translate into savings that allow law enforcement to reallocate funds to social investments.

Recent data shows that baby boomers are currently the largest segment of the marijuana market. In fact, if this upward trend continues, cannabis use among adults aged 50–64 could surpass that of 35- to 49-year-olds in the coming years. This might explain why, according to the Harvard Health Blog, Americans most commonly use medical marijuana for pain control, most often the chronic pain that afﬂicts millions as they age. Cannabis is signiﬁcantly safer than opiates, with no known fatal overdoses to date, and far less addictive. MedMen’s 2018 Attitudes and Usage study shows that 71 percent of current users in the United States, in states where marijuana is legal for medical or recreational purposes, use cannabis to treat chronic pain, and 59 percent use it to treat inﬂammation.

The true scope of cannabis’s medicinal beneﬁts becomes clear when you look at the qualifying conditions for medical marijuana cards in states where pot is legal for medicinal use. Besides pain, the most common applications include multiple sclerosis, Crohn’s disease, ﬁbromyalgia, arthritis, treating the symptoms of cancer and chemotherapy, glaucoma, treating the symptoms of HIV and AIDS, neurodegenerative diseases such as Alzheimer’s and Parkinson’s, epilepsy and seizure disorders, post-traumatic stress disorder (PTSD), migraines, and colitis. And that’s to say nothing of the 74 percent of cannabis users in US medical and recreational markets who reported using marijuana for major stress or anxiety, according to MedMen’s 2018 survey. 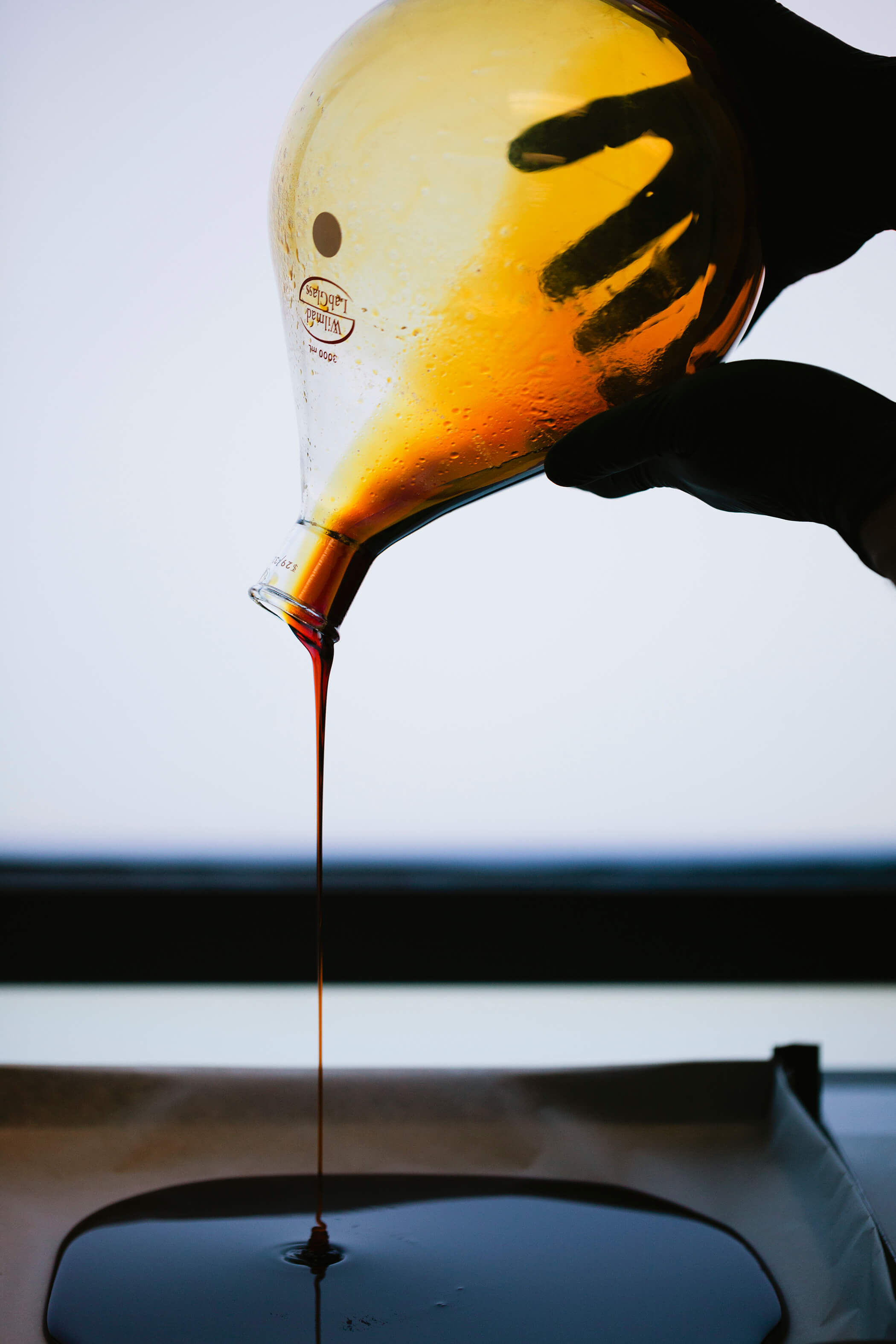 These health beneﬁts of cannabis are increasingly well known. A lesser-known trend is the inverse relationship between opioid use and legalizing marijuana. According to a 2014 study, opioid overdose death rates are 24.8 percent lower in states that have legalized marijuana for medical use. The Drug Policy Alliance has found that, after years of annual increases, the number of opioid overdose deaths in Colorado began to decline in 2014, the year the state legalized recreational cannabis. And MedMen’s Attitudes and Usage survey revealed that 56 percent of current cannabis users in recreational or medicinal markets in the United States use weed to replace a stronger or potentially addictive medicine or opioid.

Then, of course, there are the recreational advantages. As Bob Dylan once said, pot “just [bends] your mind a little. I think everybody’s mind should be bent once in a while.” And this miracle plant has many mind-bending mechanisms. It stimulates the release of dopamine, which can induce feelings of euphoria, as well as making food taste better, music sounds better, and beauty look more, well, beautiful. Weed can also unlock creativity and out-of-the-box thinking. And by lowering inhibitions and stress, marijuana can also make people feel more social and receptive to new information.

As the United States and the world face political turmoil, technological revolutions, rapidly restructuring societies and economies, and pressing ecological questions, what could be more valuable than a tool that promotes out-of-the-box thinking, creativity, and social harmony?

This story and many more are available in the newest issue of EMBER magazine - made with our partners, PAPER magazine. You can grab a copy at your local MedMencannabis dispensary or at Barnes and Noble.

These statements have not been evaluated by the Food and Drug Administration. Products are not intended to diagnose, treat, cure, or prevent any disease.
Back to List
‌
How 5 MedMen Dads are Celebrating Father’s Day

‌
How You Can Help Those Affected by the California Wildfires