High on History: Victorian Medical Marijuana and the Doctors Who Brought It to Europe

Although many of us think of “medical marijuana” as a modern phenomenon, the truth is that cannabis was recognized as a clinical remedy long before it was ever associated with hippie counterculture. In fact, cannabis was first introduced to the modern West as a medicine, by doctors who brought it to Europe in the 1800s—prescribing it as a treatment for coughing, joint pain, muscle spasms, and many other ailments for which it’s still prescribed today.

Today, however, Victorian Europe’s medical weed movement has been largely forgotten, along with the doctors who brought it to life. So let’s take a trip back to the 1800s, and join Moreau and O’Shaughnessy in discovering the marvels of clinical cannabis.

The genius in exile 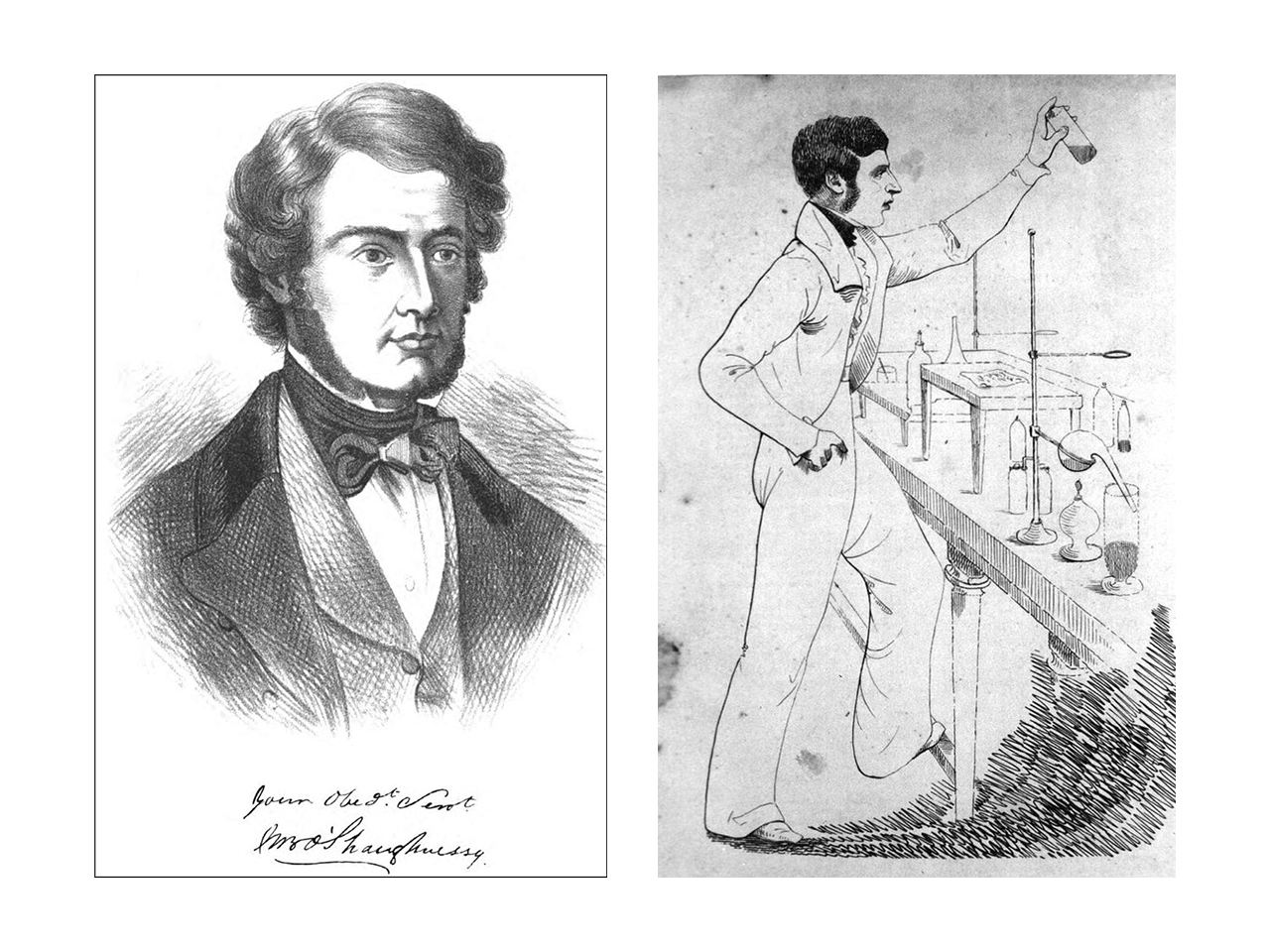 At first glance, William O’Shaughnessy looks like the last person you’d expect to introduce cannabis to Victorian England. A scientific whiz-kid, he earned his M.D. at just 20 years old, and was discovering brand-new treatments for cholera by age 22. This rising medical star married into a respectable family, and he and his wife soon headed to London, where he planned to secure a comfortable job as a university professor.

But life had other plans for the young doctor. To O’Shaughnessy’s shock, he failed to find work in London—and, scrambling to support himself and his wife, he signed on for a tour of duty with the British East India Company. Half a world away in sweltering Calcutta, O’Shaughnessy became fascinated by botanical pharmacology, the study of plant medicines—particularly cannabis, which had been used as a clinical remedy in India for thousands of years.

Drawing on ancient Indian medical traditions, O’Shaughnessy successfully used cannabis to treat arthritis pain, as well as convulsions caused by tetanus. In 1838, he authored one of the first modern scientific papers on medical cannabis: "Case of Tetanus, Cured by a Preparation of Hemp (the Cannabis indica)." Encouraged by these early successes, the doctor helped set up a botanical garden in Calcutta, where he developed cutting-edge techniques of high-grade cannabis cultivation.

Three years later, O’Shaughnessy returned to England; this time as a respected scientific authority. He introduced cannabis gardens to Europe, and continued to publish papers on the plant’s effectiveness as a medical therapy. Along the way, he also helped engineer England’s telegraph system—earning himself a knighthood from Queen Victoria in 1856. In fact, the straitlaced queen herself received a cannabis prescription (for menstrual cramps) in 1890.

However, O’Shaughnessy wasn’t the only Victorian doctor to champion medical cannabis. While he was hard at work in India, others were discovering the plant’s powers for themselves.

The explorer of inner realms 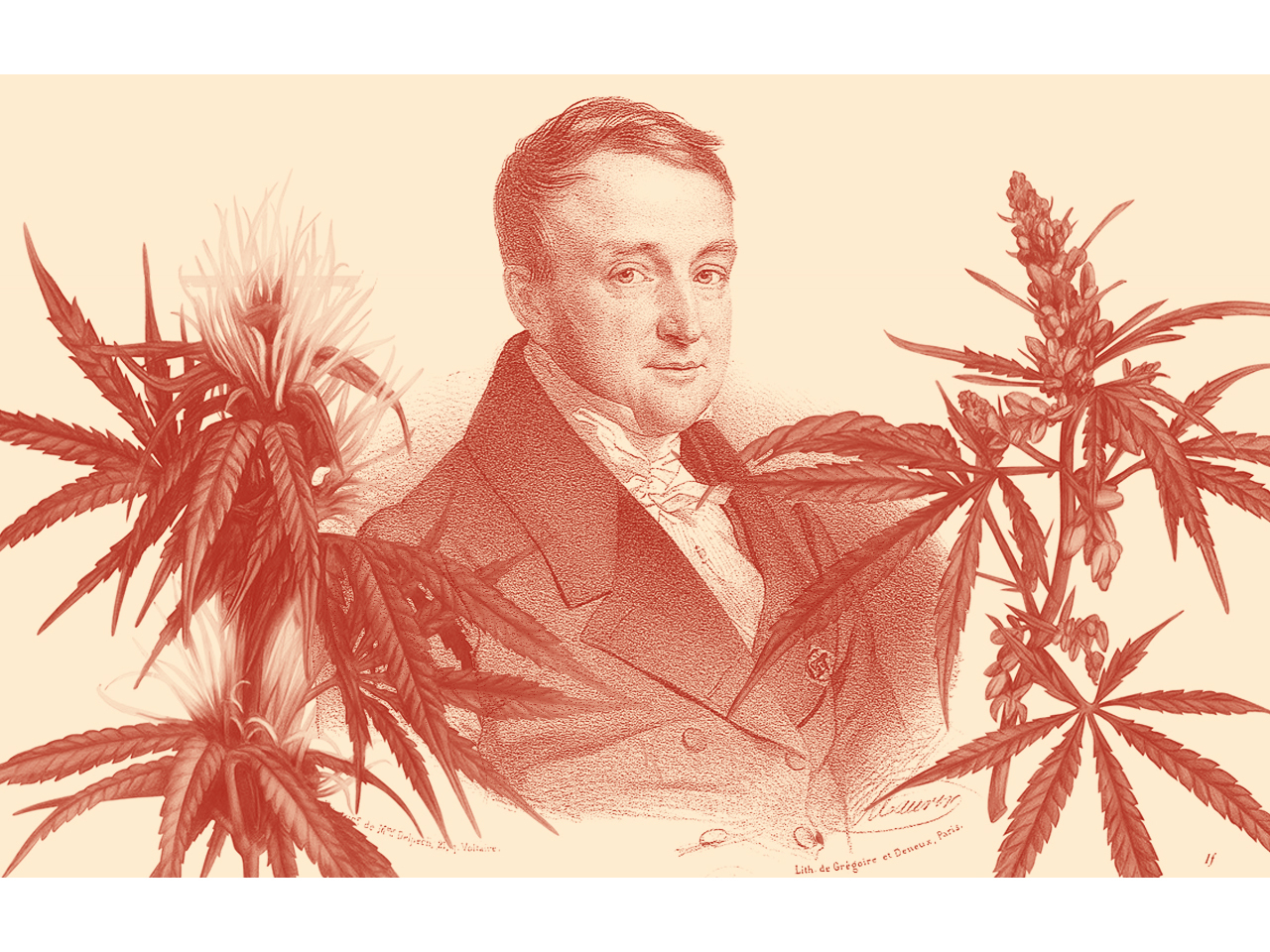 Though the French psychiatrist Jacques-Joseph Moreau was just five years younger than O’Shaughnessy, the two men could hardly have been more different in temperament. While O’Shaughnessy pursued his button-down dreams of London respectability, Moreau was tramping around the “exotic Orient”—which, in those days, meant places like Egypt and Syria. There, the young doctor became intrigued by the altered mental states cannabis could evoke.

Anticipating Sigmund Freud by nearly a century, Moreau was convinced that a scientific approach to dream analysis would yield invaluable insights into the unconscious mind. After trying hashish for himself, he believed he’d discovered the key to exploring this uncharted inner world—and in the early 1840s (while O’Shaughnessy was teaching Londoners to grow high-grade weed) Moreau brought his own stash back to France, where he set about popularizing hash as a tool for unlocking the mysteries of the human psyche.

In 1845, Moreau authored the book “Hashish and Mental Illness,” which would help shape the newborn discipline of psychoanalysis. In Paris, he founded the Club des Hashischins (Club of Hashish-Eaters), whose monthly “séances” brought together the cream of Parisian high society: novelists like Victor Hugo and Alexandre Dumas, poets like Charles Baudelaire, and leading researchers in the fields of mental health and dream-psychology. 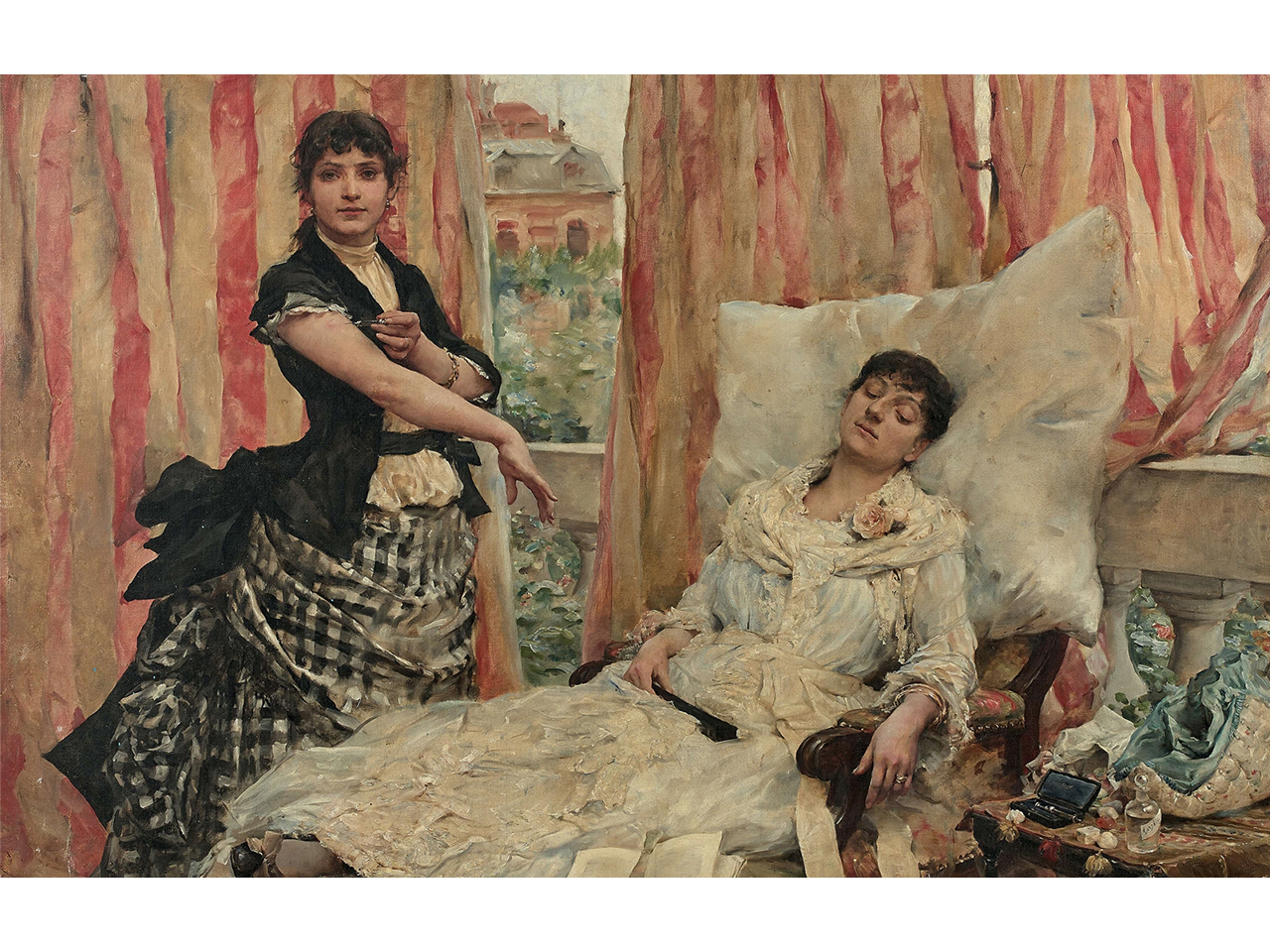 But unlike O’Shaughnessy, who employed cannabis to treat physical ailments, Moreau used it to study and treat mental illness. Based on his experiences in Egypt and Syria, he often prescribed hashish as a sleep aid and appetite stimulant. Yet Moreau’s vision for clinical cannabis was even grander: noting that hash made his patients highly receptive to new ideas, he theorized that this plant medicine could provide an escape valve from self-destructive thought patterns, and could even foster long-term healing from past traumas.

Throughout his later years, Moreau expanded this line of research to incorporate other psychoactive plants; particularly datura, which some indigenous cultures use to awaken dreamlike trance states. Still, the doctor’s main legacy is in the popularization of medical cannabis in France—and his research into "the pathological role played by grief and emotion" in psychological development. In both these fields of study, his ideas were light-years ahead of their time.

By the time Moreau and O’Shaughnessy passed away in the 1880s, cannabis tinctures were widely available as over-the-counter medicines throughout Europe and in the U.S. Thanks in large part to these two pioneering doctors, cannabis remained respectable well into the early 20th century—in fact, it was medically legal in most U.S. states during American alcohol Prohibition! 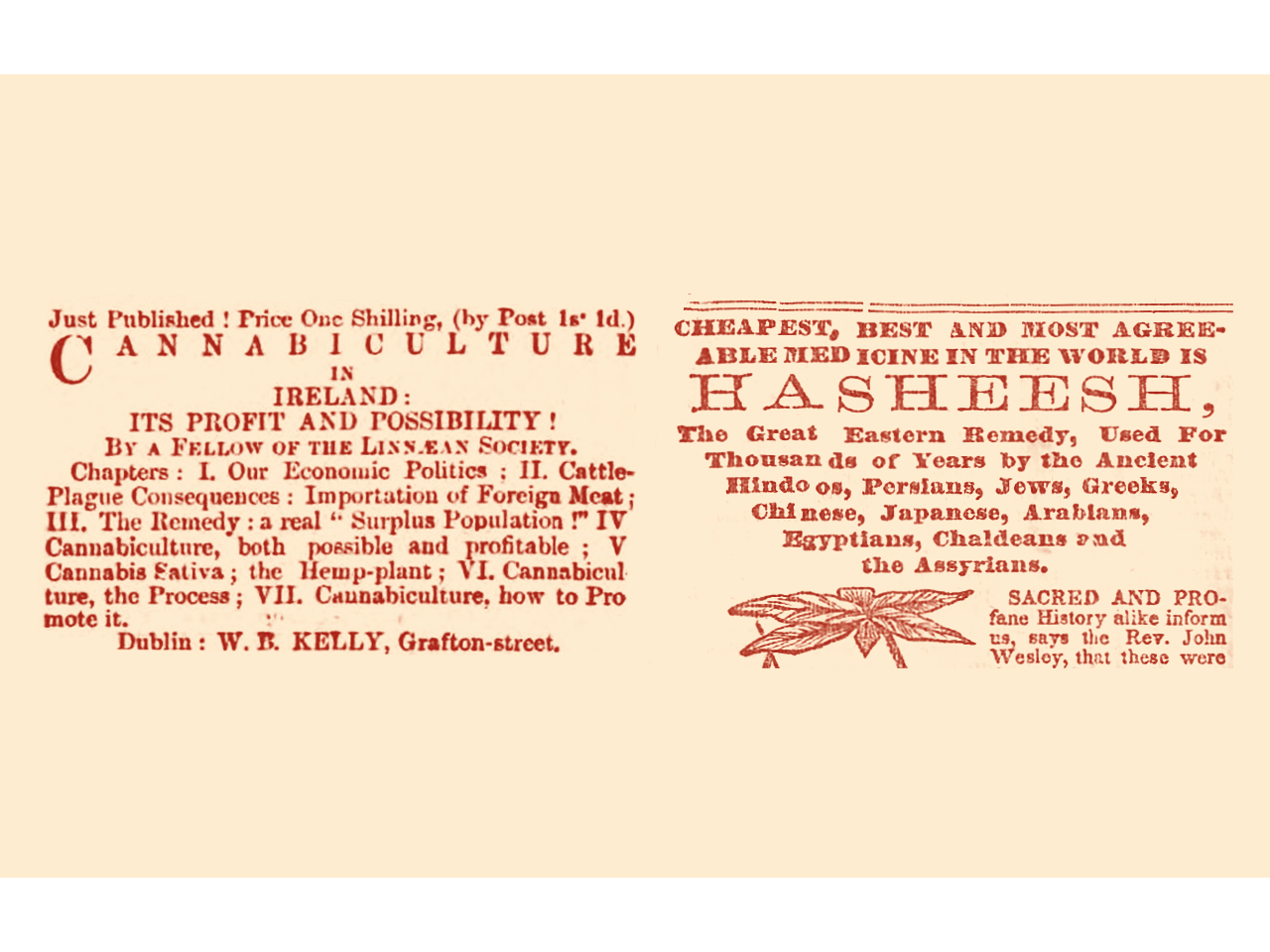 However, many European countries and colonies began to ban cannabis in the early 20th century—starting, ironically enough, with Jamaica in 1913. Around the globe, conservative legislators launched public scare campaigns that linked the plant with communities they considered “morally degenerate,” such as immigrants, anarchists and economically disenfranchised ethnicities. By the 1930s, dozens of countries (including the U.S.) had criminalized the sale of cannabis products for non-medical use—and over the following decades, many would go on to reclassify cannabis as an illegal narcotic, fueling even harsher law-enforcement crackdowns.

Several generations later, today’s medical marijuana movement has helped get cannabis re-legalized (or at least semi-legalized) in many states where it’s been illegal since the 1960s. But as exciting as these recent developments are, they might never have been possible without two European doctors who—more than 170 years ago—first taught modern Westerners to appreciate this plant’s extraordinary healing power.

Ben Thomas is a journalist and novelist who's lived in 40+ countries. He specializes in telling stories from the frontiers of science, history, culture, and the cosmos—and the points where all these fields intersect. Follow him on Twitter at @writingben.

These statements have not been evaluated by the Food and Drug Administration. Products are not intended to diagnose, treat, cure, or prevent any disease.
Back to List
‌
Why 'Smiley Face' Is the Best Hyperreal Stoner Movie of All Time

‌
We're Already in the Wake of Post-COVID Media Culture

‌
If You're Bored, Catch Up on These Bingeworthy Vintage Shows