Creatives come in all shapes and sizes, but there is certainly one universal feeling and struggle that crosses every artist’s path numerous times throughout their career: the loss of inspiration, mental block, and seemingly impossible quest to finish without an air of self-doubt. It’s what happens when you assume your creativity has run out. Spoiler alert: that’s not something that can actually happen.

Whether you are a writer, painter, animator, storyteller, director, designer, or any of the countless other types of creatives that bring new ideas into the world in their own unique way, artistic expression is a product of a creative spark that is simultaneously indefinable and uncontrollable.

But let’s be clear: we aren’t diving into the opinion-filled discussion of what actually constitutes creativity; we are here to talk about one of the tools that can, in fact, boost your creative prowess—cannabis.

The process of creation and the entire concept of creativity is actually quite tricky to define. How are we to actually capture and measure creativity? What are the parameters? It’s a highly unique, personal, and intangible concept. But one thing we can agree upon is the way in which cannabis can push the creative senses in a multitude of ways.

Maybe you’ve experienced it yourself. You’re smoking your favorite marijuana strain and suddenly it hits you: the ideas that flow in, images that take shape, words that flow on the page after a particular strain comes your way. Cannabis’ ability to enhance creativity is touted across products, but it’s also a highly individualized experience. There’s no promise that an edible here or a vape pen there will grant you the power of creative genius, but the science of it all certainly makes for a strong case. 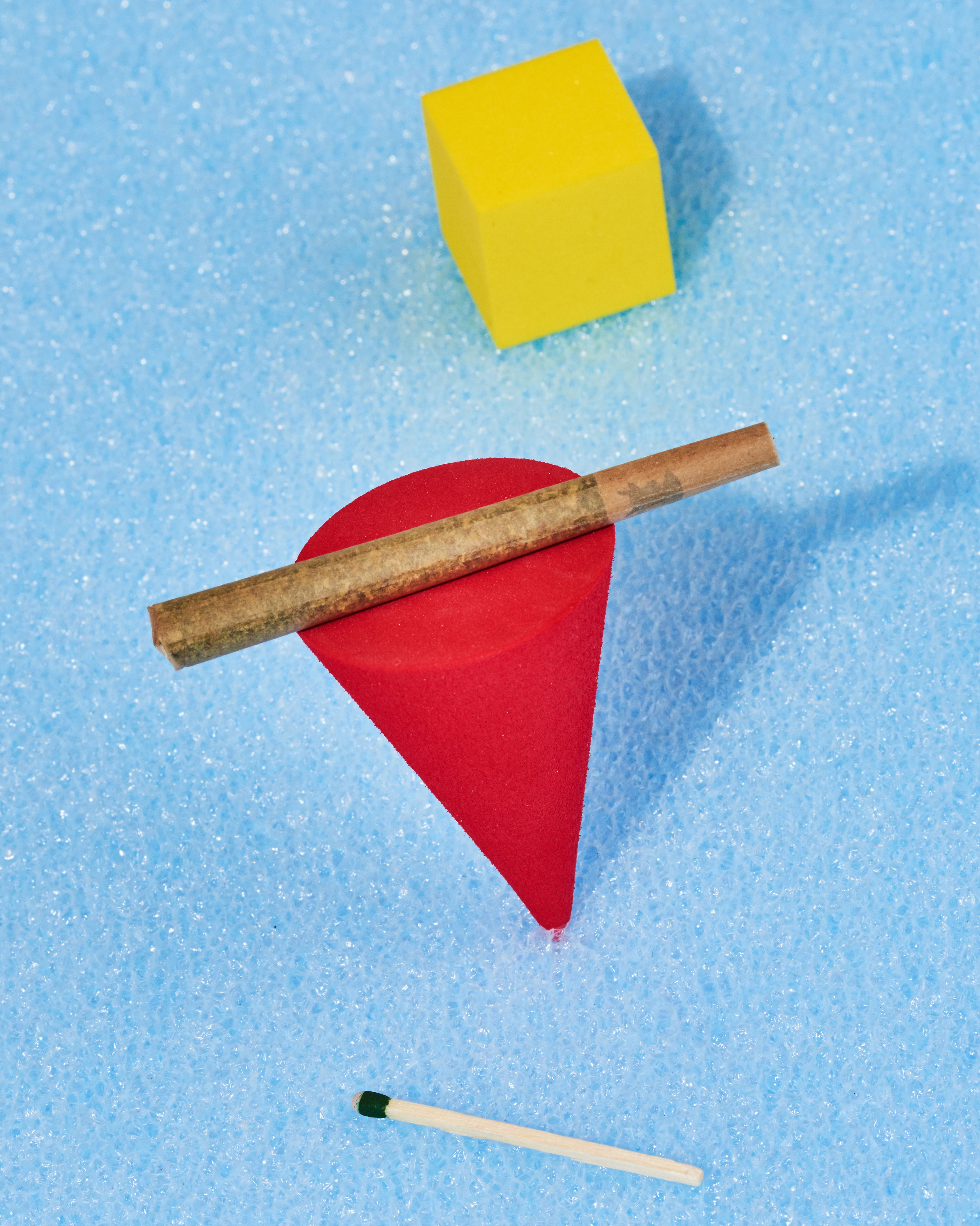 Let’s get to the science first. Just like many of the other effects of cannabis, it all comes down to the interaction that’s occurring in the brain. When THC makes its way to the brain, it binds to cannabinoid receptors and causes changes in the levels of neurotransmitters, particularly those of dopamine and norepinephrine; it’s this type of interaction that leads to a boost in mood, reduced anxiety, relaxed mindsets, and so forth. More importantly, however, is weed’s power to shift your perceptions, enhance introspection and senses, and, of course, creativity.

Divergent thinking is the sweet spot for creative thinkers—it’s what makes creatives creative. It’s when those crazy concepts populate your mind and possibilities seem endless; when the world looks different; when the unexpected arises; and it’s the type of thinking that gets a boost whilst under the influence of cannabis. Divergent thinking blooms when dopamine levels are high and, as we pointed out earlier, THC is the cannabis component that has been shown to increase dopamine in the brain.

The increase in dopamine brings forth a feeling of euphoria that has the ability to turn off your usual hesitations and blockages in terms of thinking and creating. If writer’s block is stressing you out or the sight of a paintbrush makes you frustrated about the next project, a little boost in dopamine might be the trick to get you back in it. Think about it: the happier you are, the easier it is to turn off those negative thoughts of self-doubt that plague every artist. It’s a freeing form of creation. Makes sense, right?

Studies have also shown that one of the wonders of weed is its ability to increase your ability to form connections between seemingly unrelated concepts, topics, and moments. Also known as hyper-priming, this ability to form connections is what leads many creatives to their breakthrough moments of ideation and inspiration. One minute you can be sitting on your couch watching an episode of television and suddenly the image on the screen prompts a self-reflective truth or concept that had never occurred to you before. 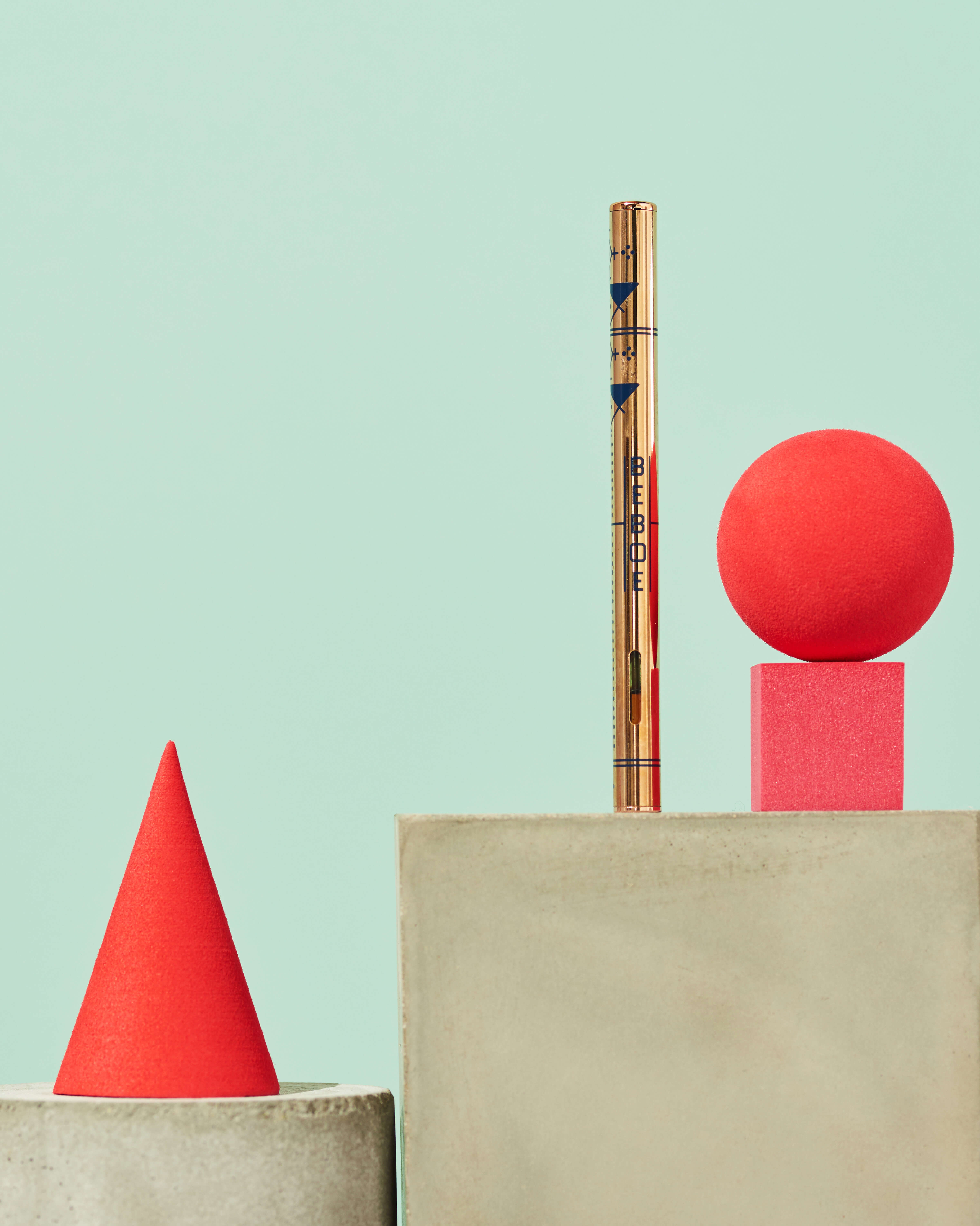 It is important to note, however, that not all strains are created equal when it comes to creative power. It’s actually a fairly flexible scale for individuals—some may prefer a hybrid while others might go for a sativa or indica. It depends on what may be blocking your source of creativity.

Too tired to sit down and bang out another few pages of your novel? A sativa strain seems like the answer for you to give your imagination a boost of power that will keep you motivated and inspired.

For those creatives who perhaps need to wind down a bit before tapping into their process, an indica strain is a good move. Whether it’s the effects of a stressful day, a bout of anxiety, an injury that won’t go away, or the looming thoughts surrounding the endless to-do list, indica works to relax and bypass the daily forces that may inhibit the focus and fun behind creation.

From indica, sativa, and hybrids to vapes, edibles, and pre-rolls, there’s a whole lot to explore when it comes to cannabis and creativity. And here’s the great news: at MedMen, we have countless products that can ignite your creative spark, open up your imagination, and tap into the meditative state of dreaming up stories, images, and ideas like never before. So whether you’re trying to beat your artistic block or simply want to try a new way of creating, head on over to MedMen. Your next artistic idea is waiting.

These statements have not been evaluated by the Food and Drug Administration. Products are not intended to diagnose, treat, cure, or prevent any disease.
Back to List
‌
Getting Ready for 4th of July in Los Angeles

‌
The Future of Cannabis: Presidential Election Edition, Part I