When we think of stoner movies, the classics come to mind: Friday, Pineapple Express, Half-Baked,Harold and Kumar, to name a few. But there are tons of other films that have their own moments of high-jinks worth calling out. While they may not be the first movies you think about when it comes to epic cinematic cannabis moments, these will likely make you want to head to MedMen to pick up your favorite giggly strain, grab some snacks, and have a movie marathon. 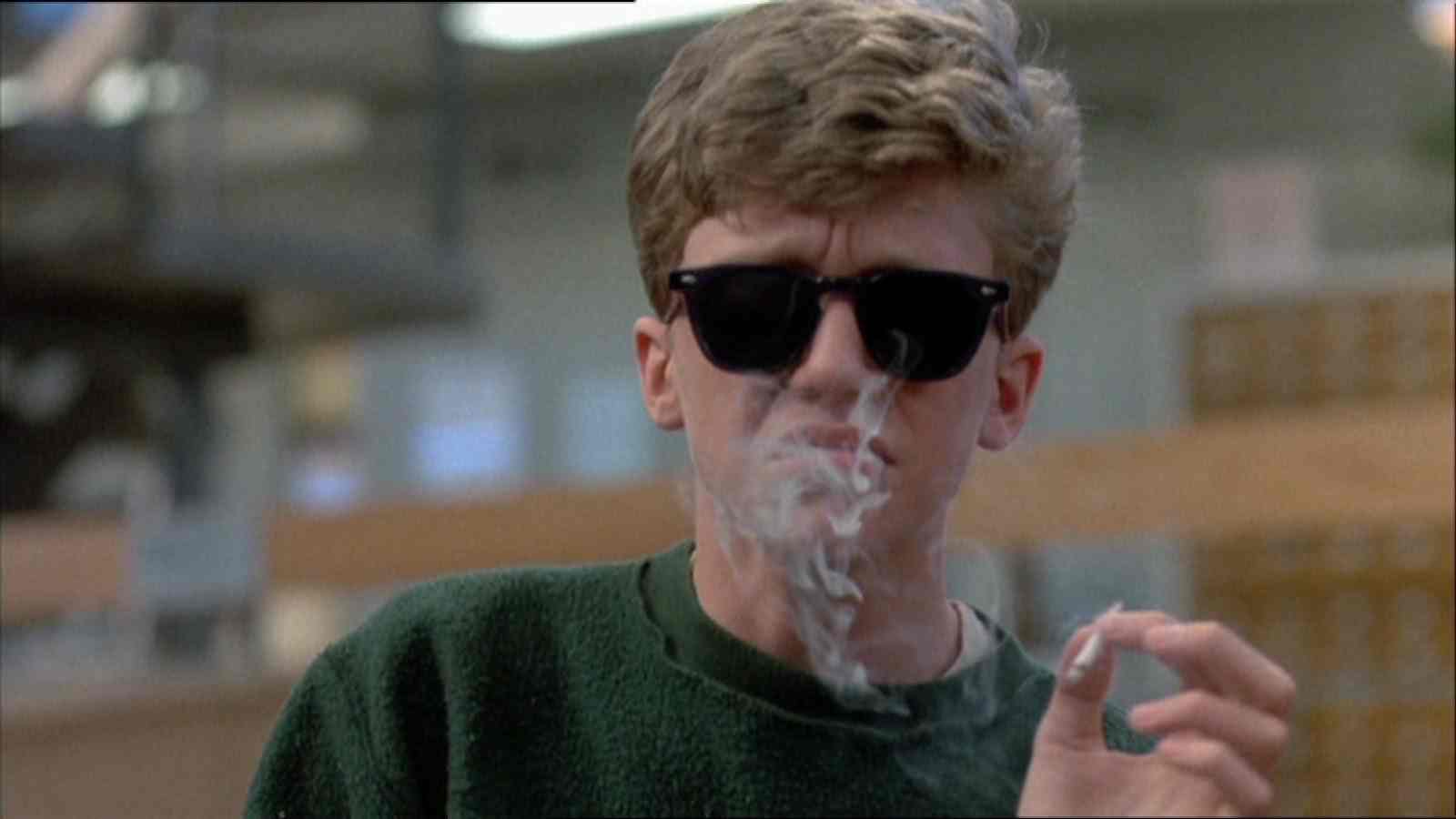 When you’re stuck serving detention on a Saturday, the only thing that can save you is the weed you’ve been hiding in your locker. But we’ve got one question: What the hell kind of cannabis strain makes someone do gymnastics?! Even the absolute buzziest sativa wouldn’t have Emilio Estevez bouncing off the walls like Spiderman. 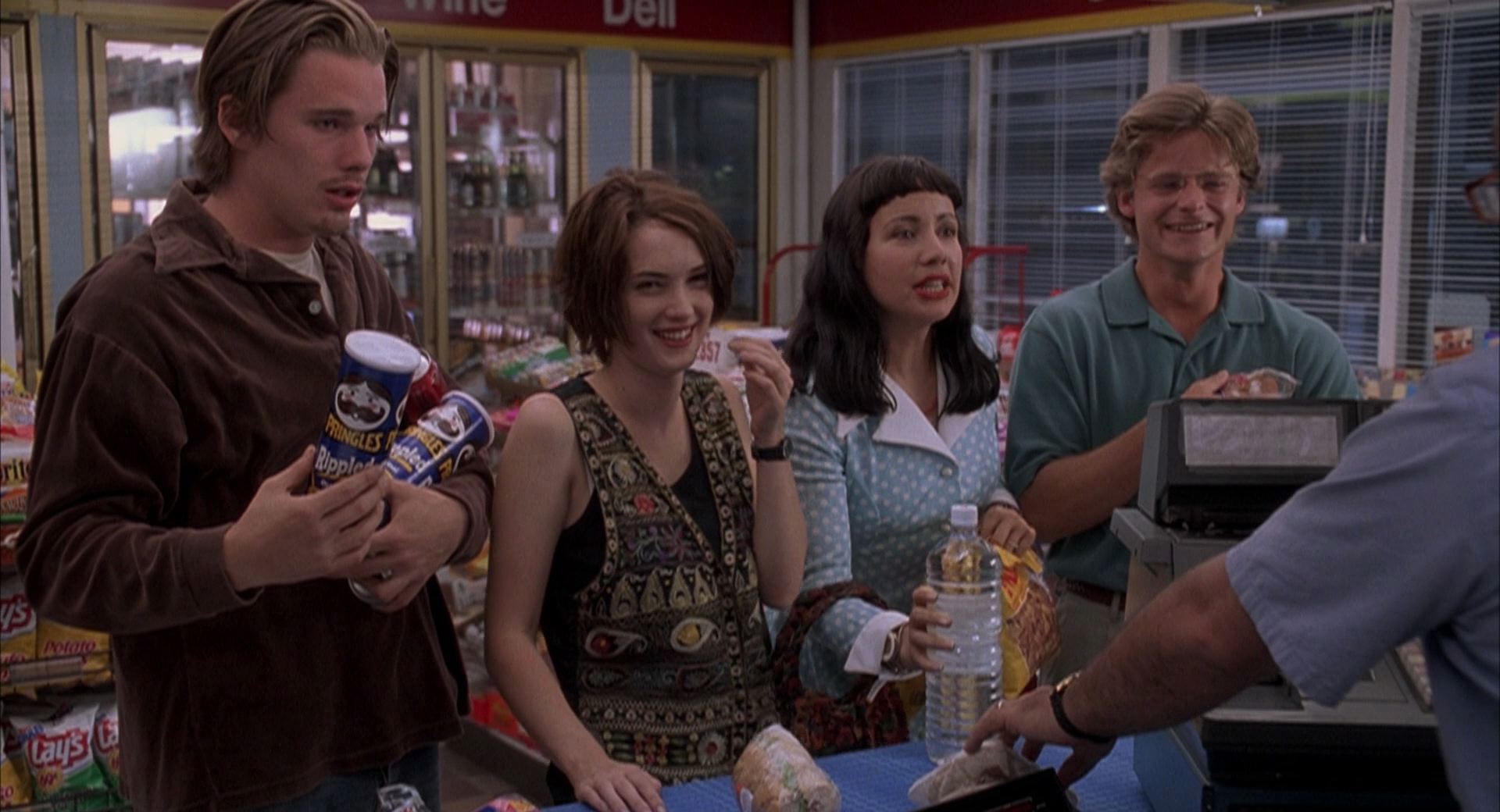 This seminal slacker comedy starring Winona Ryder, Ethan Hawke and Janeane Garofalo has a particularly memorable scene that takes place in a munchies-fueled convenience store after Ryder and Co. indulge in a smoke sesh. (How can we forget Garofalo’s iconic line, “Don’t Bogart that can, man”?) The crew’s impromptu dance and sing-along to The Knack’s “My Sharona” is forever etched in our memories. 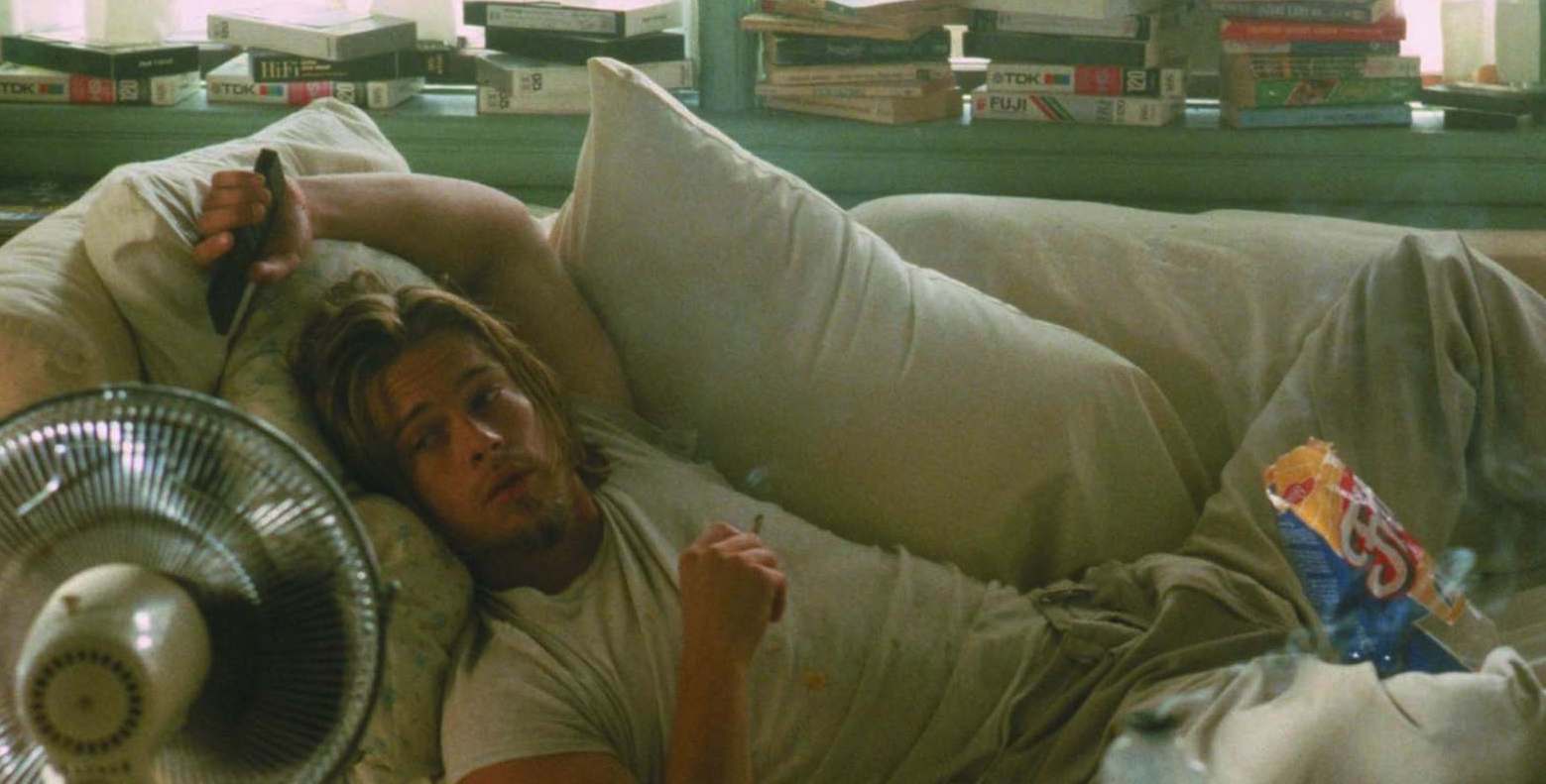 Before he was the mega-famous Brad Pitt we know now, he was Floyd, the stoned roommate of Dick (Michael Rapaport), and comic relief of the Quentin Tarantino-penned film. Too couchlocked to understand that his friends are being targeted by mobsters, he ends up giving the gangsters their location. According to director Ridley Scott, Pitt improvised many of his lines, which speaks to his acting brilliance. Fun fact: Floyd was the inspiration for stoner classic Pineapple Express. 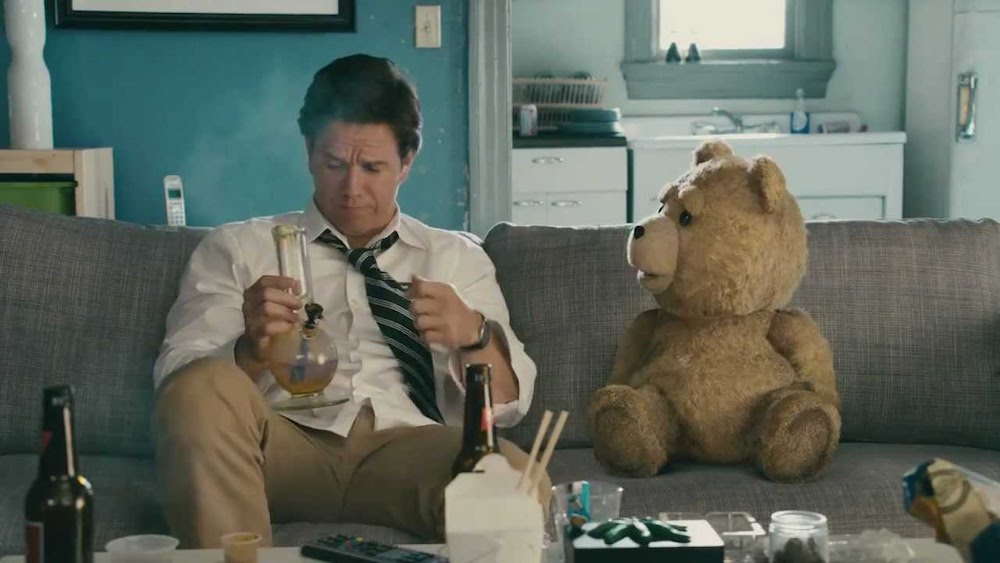 Getting high on a couch with a giant, talking teddy bear sounds like the ultimate weed-fueled  daydream, which makes this movie the perfect stoner watch. This scene inTed, in which Mark Wahlberg takes a hit of a powerful cannabis strain (albeit with a pretty offensive moniker) and starts guessing the name of Ted’s girlfriend, is genius.

When it comes to this horror comedy franchise, there’s a tie for the most hilarious weed-infused ridiculousness. Nothing beats the Ghostface killer changing into a Stonedface killer, but the weed monster in Scary Movie 2 is a close second. Plan a double feature and enjoy both. 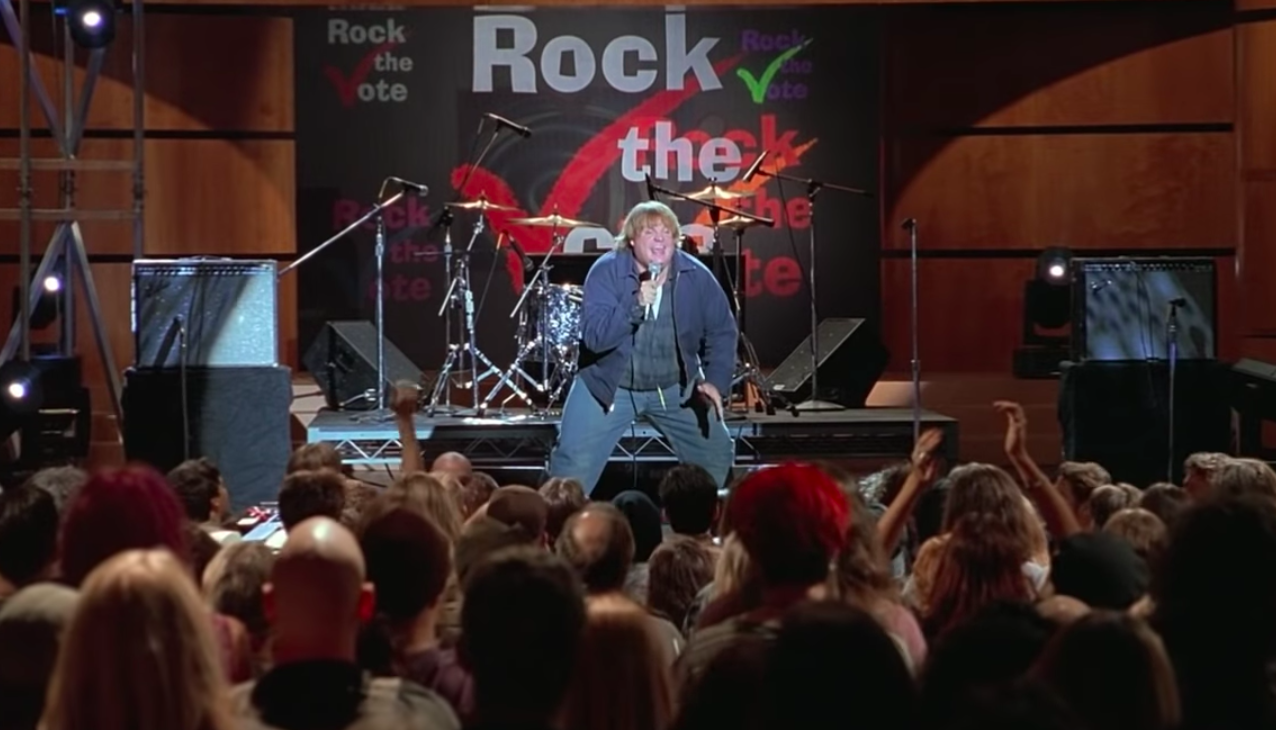 You gotta admit, the scene where Chris Farley gets high backstage with a bunch of Rastafarians and goes onstage to scream “Kill Whitey!” is a classic. 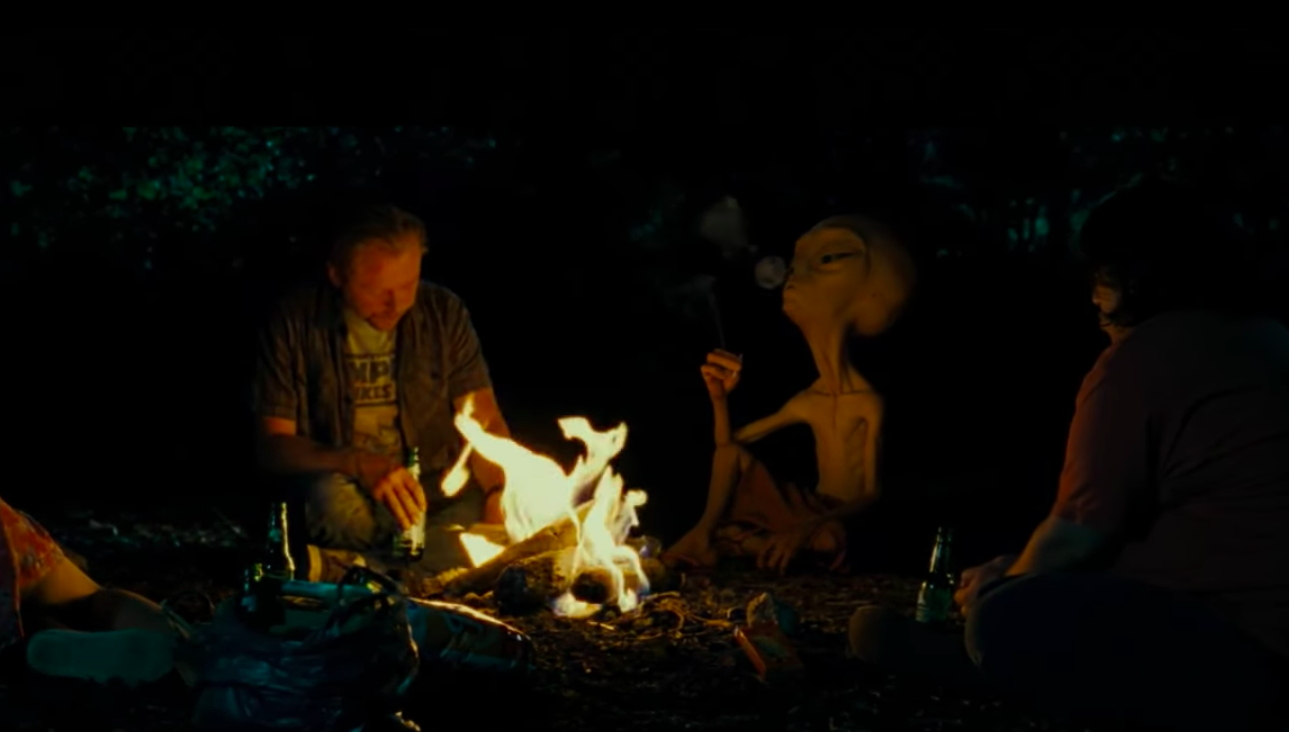 Kristen Wiig smokes some potent kush with an extraterrestrial and goes through various stages of her high—a giggle fit, the munchies, sadness, and paranoia—in less than 10 seconds. Must have been some good shit.

Shop MedMen and start your own adventure.

These statements have not been evaluated by the Food and Drug Administration. Products are not intended to diagnose, treat, cure, or prevent any disease.
Back to List
‌
The Psychedelic, Mind-Altering Power of Travel & How It Changes You

‌
2020 Oscars: What Products to Pair with This Year’s Most Celebrated Films

‌
A Look Back at the Year's Biggest Moments