How to Do San Diego Right

San Diego is California’s second biggest city, following L.A., and the SoCal metropolis is filled with sunny beaches, historical landmarks, unique shops, and enough tasty cuisine to satisfy any seasoned gourmand’s palate. After you drop by MedMen’s location in Kearny Mesa to pick up your favorite cannabis supplies, let yourself fully explore all of the city’s irresistible charms, tucked away in neighborhoods like North Park, Little Italy, and Hillcrest. Here’s where to stay, eat, and explore in beautiful San Diego.

U.S. Grant
As you might be able to tell from its name, the U.S. Grant has a rich political history. Built by the son of president Ulysses S. Grant, this 270-room hotel opened its doors in 1910, becoming a destination for presidents, businessmen, and even Albert Einstein. During Prohibition, its Bivouac Grill (now known as the Celestial Ballroom) was converted into a speakeasy called The Plata Real Nightclub. Today, you can grab a seat at the Rendezvous, a vintage French cocktail bar, and invoke the spirit of a 1930s reveler.

Hotel del Coronado
The Hotel del Coronado, located across the bay from downtown San Diego on Coronado Island, is another hotel with a history-filled, interesting past. Built in 1888, it has played host to many stars from the silver screen, including Bette Davis, Judy Garland, and Lana Turner. It was also the backdrop for Some Like It Hot, starring Marilyn Monroe, Tony Curtis, and Jack Lemmon. If you’re the ghost-hunting type, dare yourself to stay in the rooms 3327 or 3519, both of which are rumored to be haunted. Prefer to steer clear of potential spirits? Enjoy one of the ocean view villas and book a spa treatment before enjoying a casual dinner at ENO, the hotel’s artisan pizzeria.

Lafayette Hotel and Swim Club
If you’re in the mood to party, book a room at the The Lafayette Hotel, Swim Club & Bungalows. Famous for its Weissmuller Olympic Pool, the hotel is the perfect destination for a rambunctious getaway with friends. While there’s not much in terms of onsite dining, the Lafayette is located in North Park, a hip neighborhood with tons of restaurants to choose from. Your munchies will be no match for the culinary gems you’ll find. 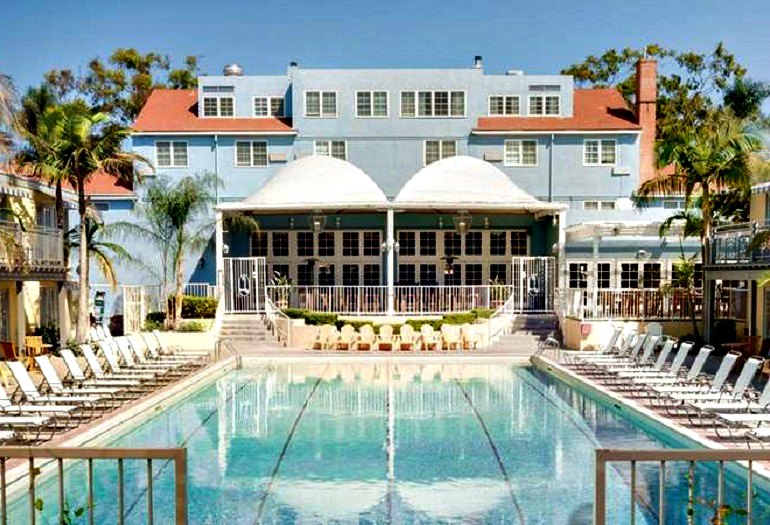 Hotel Indigo
Those who appreciate more of a modern vibe will enjoy the spacious Hotel Indigo, with its stunning city views and spa-inspired showers. It’s also LEED Certified, which means the hotel is committed to sustainability and green living. Want to bring your dog on vacation? Hotel Indigo is pet-friendly, and will even share intel on restaurants in the city where you can dine with your pup. What could be better than that?

Cosmopolitan Hotel
Want to go really old-school? Reserve a room at the Cosmopolitan, which was first built way back in 1827 as an adobe home. Now, it’s a bed and breakfast with Victorian-style bedrooms complete with antique decor. For a truly vintage experience, the hotel has no electronics in the rooms, though you’ll still be able to get your WiFi fix. Make sure to save time in your schedule to experience the hotel’s afternoon tea service—perhaps you’ll want bring along a CBD tincture for added relaxation.

Barbusa
Little Italy is, obviously, the San Diego neighborhood for life-changing experiences with Italian cuisine. Barbusa leans toward modern Sicilian-style fare, offering up plenty of pastas, pizzas, and seafood dishes. The best way to do Barbusa? Split a joint with friends, then head over to share several of its impressive dishes, including the Bolognese Al Forno. It is to die for.

Ortiz’s Taco Shop
If you go to San Diego and don’t eat a California burrito or asada fries, did you really go to San Diego at all? The city is known as the birthplace of these two dishes, and it’s arguably one of the best, if not the best, place for Mexican food in the entire state of California. You can’t beat Ortiz’s when it comes to the Cali burrito in particular—containing carne asada, French fries (which brilliantly sub in for rice), cheese, and sour cream all wrapped up in a monster-sized tortilla, this big boy was voted #8 best burrito in the entire country. Granted, San Diego residents might argue that it should have placed higher on the list. 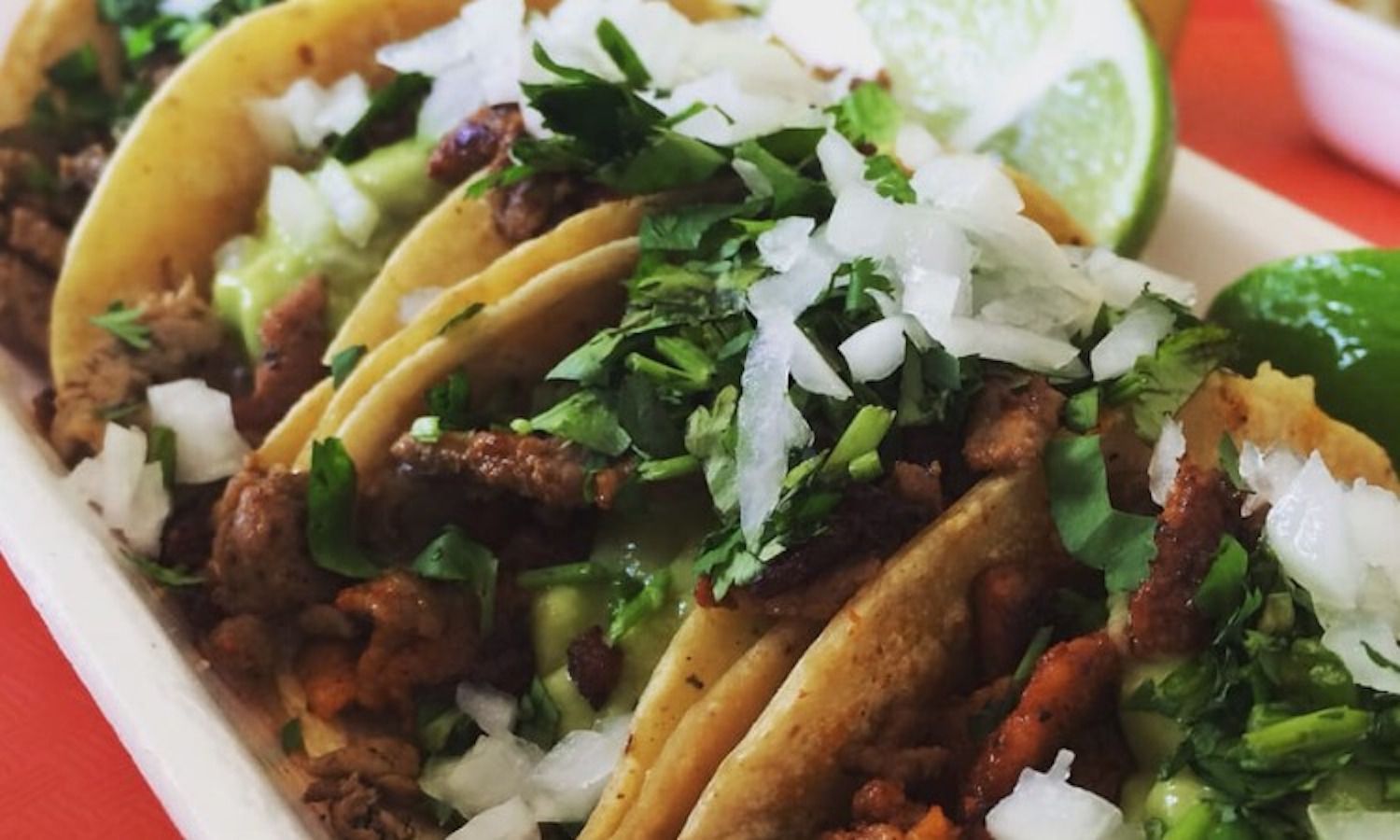 Soda and Swine
This cute, casual spot has two locations—in North Park and Liberty Station—and is great for happy hour or grabbing a quick bite before your next destination. It specializes in a build-your-own meatball dish, carby sides like fried pizza knots and “dirty fries” (smothered in meatballs, bacon, mushroom sauce, peppers, and parmesan), and tasty sodas that can easily be turned into a float for dessert.

Trust
Brunch aficionados should put their trust in Trust, an eatery in the Hillcrest area serving up “urban rustic food.” Weekends can be crowded, so make a reservation or get there early. You won’t want to miss their famous “ultimate sticky bun,” which is freshly made each day and in limited quantity. Hot tip: Like Chrissy Teigen, Trust believes in chicken and pancakes instead of chicken and waffles.

Kindred
When it comes to San Diego’s vegan food options, Kindred, a cocktail bar in South Park, takes the cake, especially if you like a little heavy metal ambience with your meal. Vegan-friendly spins on traditionally carnivore fare like Memphis BBQ, “fish” tacos, and even a po’boy will delight non-meat eaters and meat eaters alike. Don’t forget to ask about the secret menu.

Plus: A San Diego must-see

Balboa Park
Spread over 1,200 sprawling acres, Balboa Park is the biggest cultural park in the country (it’s even bigger than Central Park!) and boasts 16 museums, gardens, trails, and so much more. It’s a classic San Diego spot that cannot be missed. The park is also home to the famous San Diego Zoo; needless to say, you’ll likely be spending your entire day here. 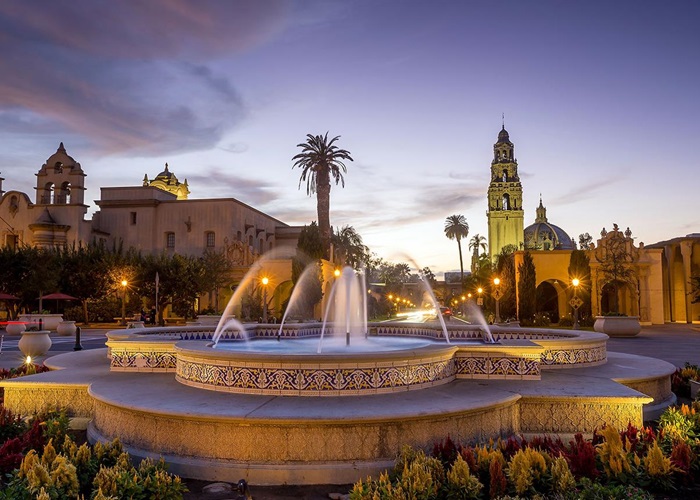 These statements have not been evaluated by the Food and Drug Administration. Products are not intended to diagnose, treat, cure, or prevent any disease.
Back to Travel List
‌
Travel
The Ultimate Vegas Shopping Guide

‌
Travel
Your Guide to a Weekend in Arizona

‌
Travel
How to Do Miami Right