West Palm Beach occupies a unique space in the Sunshine State: The South Florida beach town feels slightly removed from, and a little sleepier than, it’s not-too-distant cousin Miami. But the drive (or train ride, on the recently opened, comfortable Brightline line) is worth it to get away and feel sublimely unhurried while taking in the historic decadence of the city. Of course, it doesn’t hurt to have a little cannabis on hand to take in the blue-hued vistas for those with medicinal cards, thanks to Florida’s booming medical-marijuana business and upcoming MedMen openings. Here are five spots to take shelter and indulge in Floridian deliciousness in West Palm and neighboring Palm Beach.

The Breakers Palm Beach Even if you don’t actually stay at this historic and absurdly beautiful luxury hotel—and if you’re feeling flush with cash, you really can’t do better—you’d be woefully missing out if you don’t at least take a peek into its elaborate environs. Housed in an Italian Renaissance–style structure dating back to 1896, The Breakers has plenty that delights beyond its well-appointed rooms. The east-facing Seafood Bar’s large windows provide drop-dead views of the Atlantic Ocean, along with an elegant nautical atmosphere and fresh seafood. Adjoining the lobby, HMF offers a boisterous cocktail scene, and The Circle turns out breakfast within an architectural marvel of a room.

The Chesterfield Palm Beach When the ultra-high-end amenities of The Breakers feel out of reach, it’s hard to beat the value of The Chesterfield also in Palm Beach, where rooms run around $390a night. The hotel is in a smart-looking, white-hued landmark building with European-style rooms that don’t lack for idiosyncratic charm, plus a tranquil pool area. Plus, the hotel is ideally located on the Palm Beach island just next to West Palm. 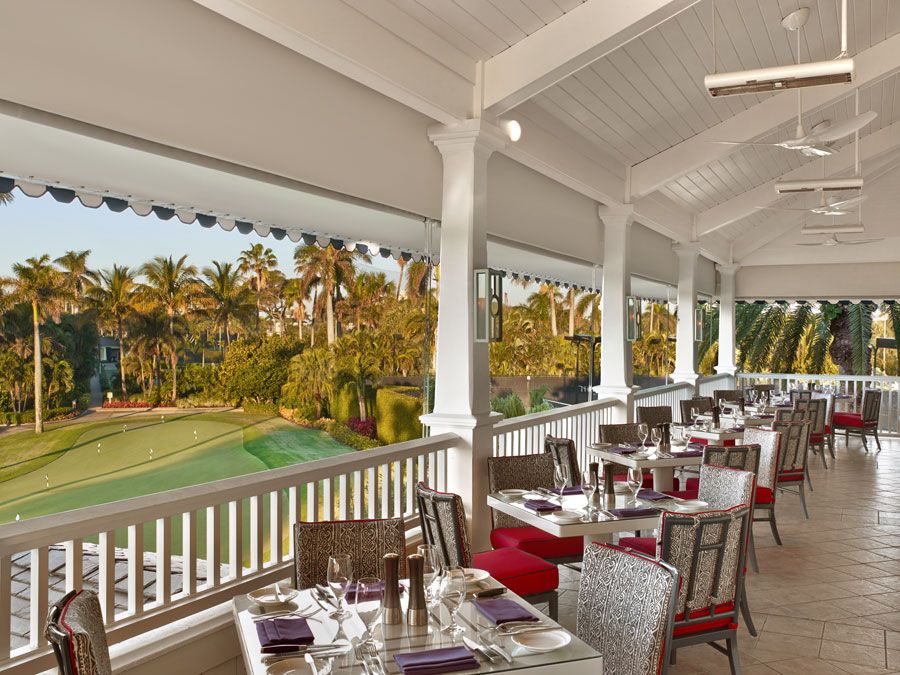 Flagler Steakhouse Flagler Steakhouse is technically part of The Breakers Palm Beach, but the casual observer could easily miss it. Located in a separate, nearby building, the luxe restaurant elevates the familiar chophouse genre with old-school South Florida charm. Slip into a comfy rounded chair in the wooded space patriotically decorated in red, blue, and white, and dig into savvily executed classics like a wedge salad, well-crusted ribeye steak, and fries coated in parmesan. But don’t make the mistake of skipping standout seafood dishes while in this island gem, including locally sourced oysters and seared snapper.

Henry Morrison Flagler Museum West Palm Beach and Palm Beach are Flagler country. The developer was a key figure in the rapid growth of the South Florida region in the late 19th century and early 20th century. He lived in the opulent, 55-room Whitehall estate in Palm Beach, which easily outdoes lavish older manses in Northeastern and European cities. Whitehall now serves as the public Flagler Museum, which features guided tours, exhibitions, and, most importantly, a window into what it was like to retreat to the Sunshine State in winter as a tycoon in a bygone age.

Intracoastal Waterway Palm Beach should, ultimately, be enjoyed by spending as much time on the water as possible. The divider between the island and the rest of Florida is the Intracoastal Waterway, a 3,000-mile canal and wonder of engineering running along the Atlantic and Gulf coasts. Visit one of the marinas to charter your own boat, or join one of the many larger boating excursions in order to take in the area’s most breathtaking natural sights along with the always balmy weather.

These statements have not been evaluated by the Food and Drug Administration. Products are not intended to diagnose, treat, cure, or prevent any disease.
Back to Travel List
‌
Travel
Here’s How To Ace An Orlando Trip

‌
Travel
How to Do San Diego Right