Las Vegas has so much  more to offer than neon and gambling (though a note on the former: the Neon Museumis a must-do). If you’re planning to visit the hedonistic haven soon, it’s worth scheduling your trip around one of the many standout one-off concerts, months-long artist residencies, or music festivals. Not every artist visiting Las Vegas is as high-octane as other activities associated with Sin City, meaning there’s plenty to do for more mellow types, thanks to the slew of unmissable music events headed to town soon. And what goes together better than some great weed and live music? Be sure to swing by one of MedMen’s Vegas locations to stock up on all the cannabis essentials you’ll want to use responsibly before the opening acts take to the stage.

The Residencies
We’ve heard about it for over a year, and now it’s finally happening. Lady Gaga will be performing at the Park Theater at Park MGMthrough June, and then will be returning in October. The Enigmashowcase is true to Lady Gaga’s roots: it’s weird, there are neon and black lights, and the choreography is elaborate. However, some of her sets will put Gaga behind her piano, where she’ll perform new renditions of her pop hits and songs that lean more jazz than Poker Face. Don’t expect a meat-suit, but it will be a memorable experience.

Maybe you only realized Celine Dion was in Vegas when she was spotted singing and dancing in the crowd at Lady Gaga’s show. But she’s also in town for her own residency.The musical icon is performing with a full orchestra, singing her own songs and covers (any Journey fans out there?) at the Colosseum at Caesars Palace. Dion recently announced her residency will end in June 2019, so you only have a few more months to catch the ultimate ballad queen onstage.

On the other end of the musical spectrum, Aerosmith is spending all of April and June—with some dates in July and September through December—at the Park Theater at Park MGM. The Deuces are Wild residency will feature “never-seen-before visuals and audio from Aerosmith recording sessions” and, very likely, an array of costumes from the band’s eccentric frontman Steven Tyler. 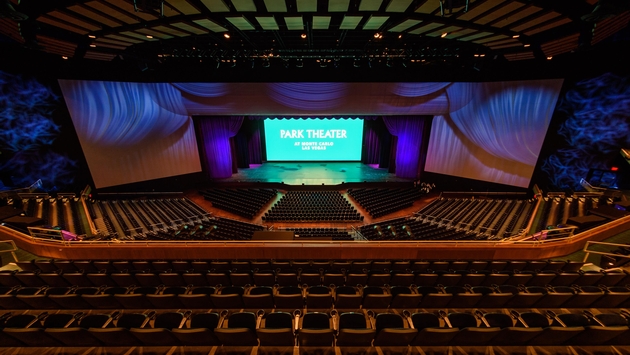 Also at the Park Theater at Park MGM will be Janet Jackson’s Metamorphosis residency, which begins in June. We’re long overdue for a Janet Jackson showcase, and this is the one we so rightly deserve. True to its name, her Las Vegas performances will show her transformation from the kid sister of Michael Jackson, to the tremendous dancer we saw in the “Nasty Boys” video, to post-Super Bowl diva who rose above criticism and moved forward with her iconic career. We’re ready for you, Miss Jackson.

So, you’re a baby boomer, or know a baby boomer, or listen to music of baby boomers: Steely Dan’s Reelin’ in the Chips nine-night residency in April and May at the Venetian is undoubtedly worth the trip to Las Vegas. They’ll be entertaining guests with their greatest hits, from “Peg” to “Babylon Sisters” to “Hey Nineteen.” It’s the perfect excuse to take your parents for an unforgettable night out, while simultaneously enjoying one of the greatest bands of the 1970s yourself.

If you’ve never seen Boyz II Men live, now is the time to make it right, because the R&B trio is doing a residency at the Mirage with an array of dates throughout 2019, beginning in April. Whether or not “End of the Road” is your go-to karaoke power ballad (it should be), we cannot stress enough just how talented Boyz II Men is, and nothing has changed in the 30+ years they’ve been performing. You’ll dance (“Motownphilly”), you’ll cry (“I’ll Make Love to You”), and you’ll have checked off a box on your bucket list—or, at least, someone’sbucket list.

If you’re a hip-hop purist, grab tickets to Eric B. & Rakim’s April show at the Las Vegas House of Blues. The New York natives have been at this since the early 1980s, and they prove some things are best left unchanged. You’ll be hard pressed to find newer artists crafting beats and rhymes that hold a candle to what Eric B. and Rakim have been putting out for the past four decades.

The Palm is opening a new day/nightclub KAOS in April and opening weekend, April 5–7, is how they plan to make their mark in the Las Vegas scene. Cardi B will debut her residency at the club starting April 6, but the weekend also includes on-off performances from Travis Scott, G-Eazy, and Skrillex. 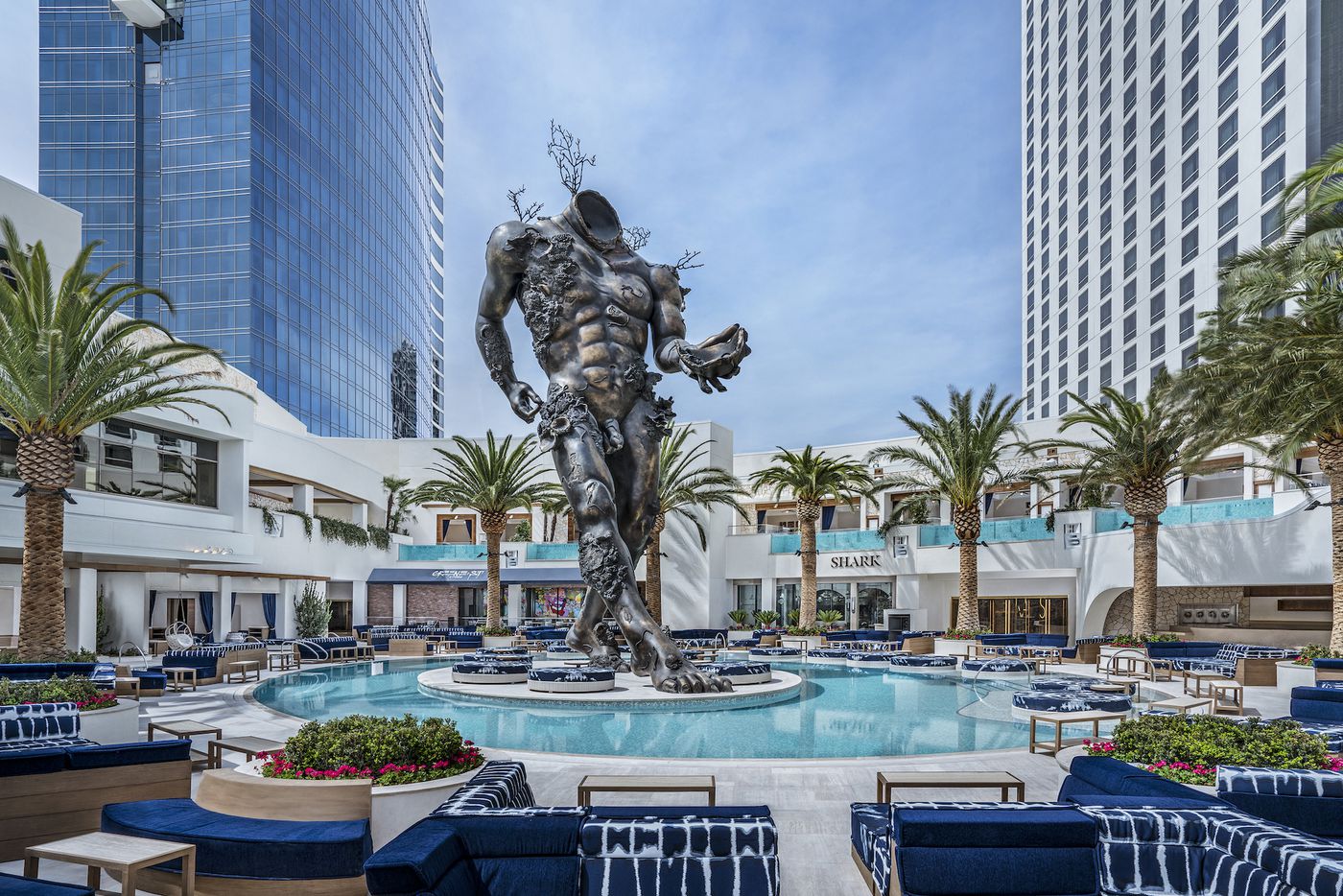 Another act coming to Sin City on April 6 is NEEDTOBREATHE, performing at the Pearl, a mellower venue operated by the Palm. Often dubbed a Christian-rock band, the group prefers a more simple “rock” label, as their tours and records are mainstream and their live performances have garnered mass appeal. The band hasn’t put out a full-length album since 2016, but their 2018 EP “Forever On Your Side” includes the single Bridges Burn, which was featured on an episode of NBC’s Chicago Fire. It doesn’t get more mainstrain than Dick Wolf, right?

Later in April, Alanis Morissette will be at the Pearl for two nights of angsty, alt-rock on April 26 and 27. Since Morissette hasn’t released a studio album in nearly eight years, we imagine her set will include hits from Jagged Little Pill and Supposed Former Infatuation Junkie. Bring all of your 1990s angst, and maybe even pop-in a few butterfly clips for good measure.

Exodus Las Vegas prides itself as being the most cost-effective way to see Las Vegas in one shot. For four weekends between May and August, Exodus offers live music, cabanas and bottle service, and music from David Guetta, Steve Aoki, The Chainsmokers, and more. A single pass gets you into multiple parties and venues, including Marquee Dayclub and Encore Beach Club. If you’re in Vegas to dance as much as possible, Exodus is the move. 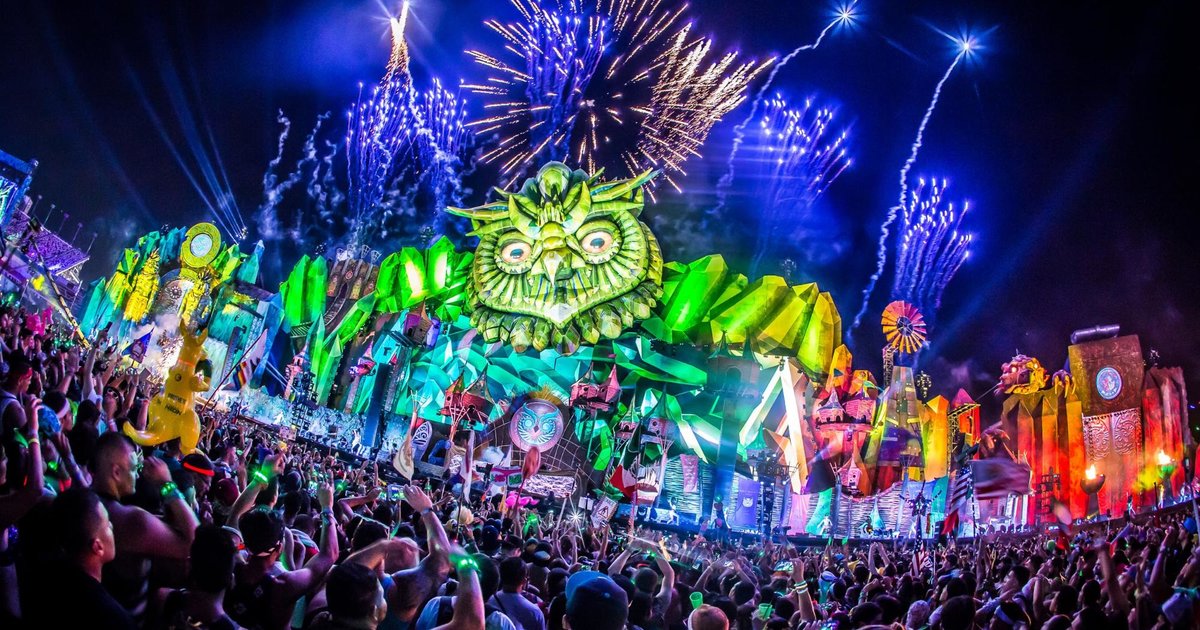 The other, slightly more traditional music festival hitting Las Vegas this summer is Electric Daisy Carnival, where you can camp out and enjoy live music, art installations, carnival rides, and some serious day-glo costume choices. Pack your neon and whatever other accoutrements will sustain you for three days of EDM on May 17–19 at the Las Vegas Motor Speedway.

These statements have not been evaluated by the Food and Drug Administration. Products are not intended to diagnose, treat, cure, or prevent any disease.
Back to Travel List
‌
Travel
How to Do San Diego Right

‌
Travel
Where To Eat In Vegas: Off The Strip