There’s no shortage of places to eat in Vegas. But a lot of it, well, can be a gamble. (Pun fully intended.) But while Vegas-founded eateries and buffets can be very, very good, sometimes you gotta pull out some big moves—as in, hit up a restaurant that originated in another city...or country, even. Ahead, a crib sheet to some of the best culinary imports to set up shop in Vegas so far.

A  Foodie’s Guide to Las Vegas

A Chicago import, Bavette’s is a take on a French steakhouse, complete with ribeyes and those oh-so-classic steakhouse sides. This carnivore-pleasing option is the Vegas debut for Brendan Sodikoff, the restaurateur behind Windy City burger-slinging hotspot Au Cheval. Bavette's is located at the Park MGM Hotel and opened in late 2017 with a late-night, retro feel that harkens back to the Gilded Age. Turns out, Vegas likes its steak like it likes its sin—to order. 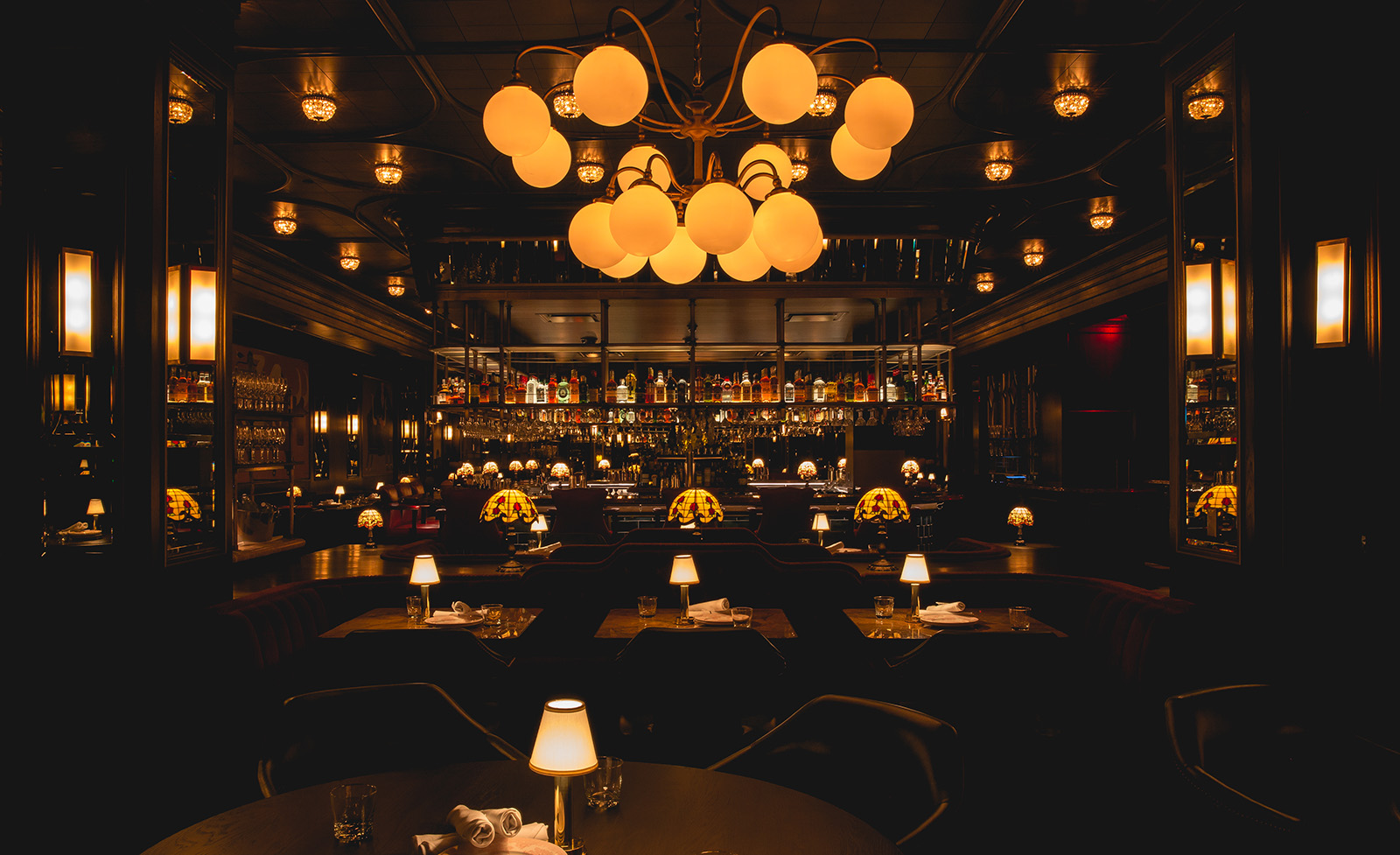 If you’ve been to the lauded, O.G. Carbone in NYC from Major Food Group’s Mario Carbone, Rich Torrisi, and Jeff Zalaznick, you know it’s a particular kind of scene—it's as if you went back in time to a bygone era of glamour, where you half expect Frank Sinatra to be chowing down at the next table (you’ll likely hear him crooning on the soundtrack) and the menu is filled with amazing Italian-American favorites. Carbone in Las Vegas, located at the ARIA Resort & Casino, expands on that experience by taking some cues from the famously over-the-top city (and the space). With more tableside service than its New York counterpart, the Las Vegas location also features two private dining rooms available for booking. The menu? Well, that remains very similar in both locations—thankfully.

Located in The Cosmopolitan, David Chang’s New York-based Momofuku brand got an outpost in Las Vegas in early 2017, the first on the West Coast, and serves a constantly evolving menu for lunch and dinner. For an afternoon snack or late-night eats, you’ll head to their adjacent Peach Bar, where you can pick from a curated menu of favorites. Pssst…it’s also adjacent to an outpost of Milk Bar (dessert maven Christina Tosi’s sweets-centric part of the Momofuku empire), just like the New York original.

You can never get a seat at Rao’s New York (unless you know the right people), but in Las Vegas, you can actually snag a table. Located within the sprawling Caesar’s Palace, Rao’s takes its cues from the original location with dark wood tables, booths, and red leather. Menus are famously absent from the original location, but that's not the case with the Las Vegas outpost, where you'll find all of Rao’s signature dishes, including the meatballs (they’re huge) and veal parmesan.

The famed Cantonese restaurant based out of Hong Kong has made its way to The Venetian Resort Las Vegas, and it is beautiful and delicious. The spot is co-led by Mott 32’s group executive chef and two-star Michelin winner Man-Sing Lee and Vegas-based head chef Alan Ji, and the signature dishes on the menu include Apple Wood Roasted Peking Duck with Mott 32’s “Signature Cut,” Iberico Pork with Soft Quail Egg and Black Truffle Siu Mai, and Crispy Triple Cooked Wagyu Beef Short Ribs. Definitely order something off the cocktail menu, which features some unique Asian-based liqueurs and garnishes, and take a gander at the décor, designed by Joyce Wang, which gives a nod to Las Vegas with elements like a dining table made out of a vintage Roulette wheel. (Wang also designed both the Hong Kong and Vancouver Mott 32.) 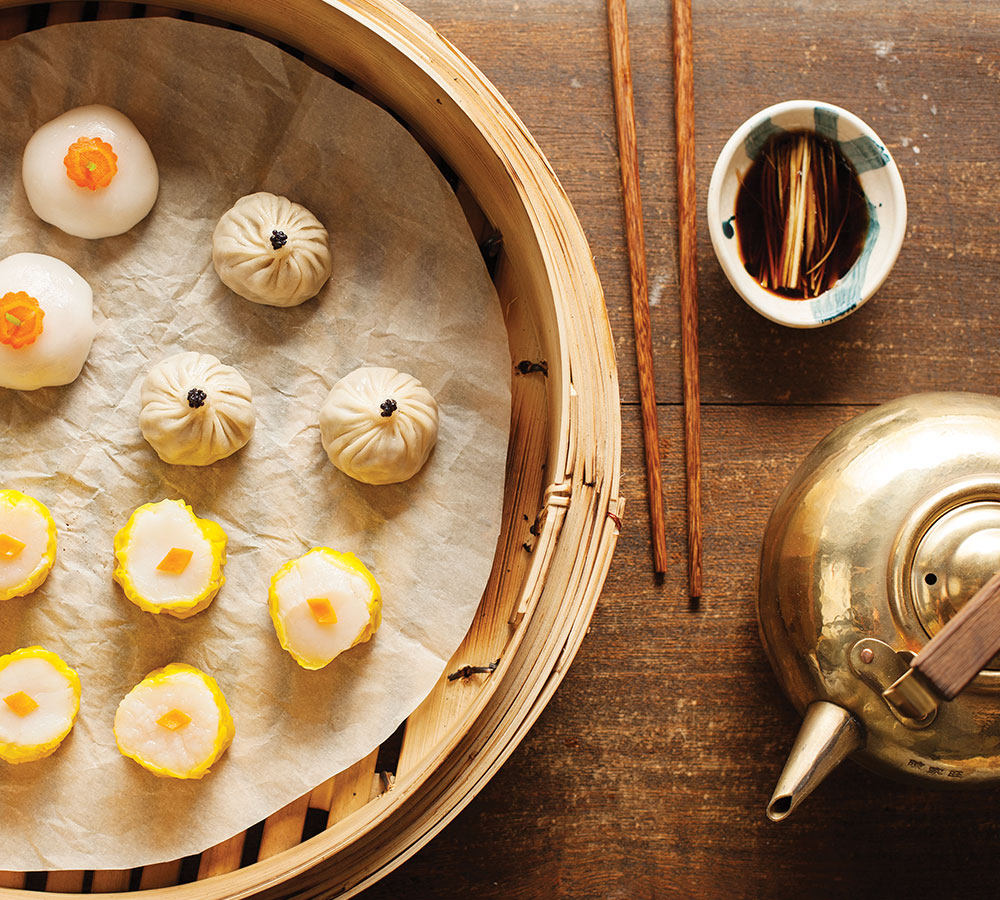 The Vegas outpost for this soul food staple, which got its start in Miami in 2011, can be found in The Venetian and straight up shouldn't be missed. Brunch is key here, so make yourself some reservations and don't forget to order the Chicken 'n' Watermelon 'n' Waffles, one of the most beloved dishes on their menu and among the best you can get on the strip, period. Elsewhere on the menu, which is similar to other locations such as those in Singapore and Los Angeles, you can find a fried green tomato BLT, shrimp and grits, and some classic buttermilk biscuits that are just so good.

Also located at The Venetian, the New York-based burgers and shakes spot is the ultimate Instagram-worthy restaurant. Started by Chris Barish and head chef/partner Joe Isidori, the Black Tap Craft Burgers & Beer has taken on a life of its own—thanks in part to their shakes. The CrazyShake milkshakes are monstrous and loaded with goodies that would make any 5-year-old (and grown adult) clap with glee. The burgers are flipped once, harkening back to the good ol’ days of a true, great diner burger, and each location features regional brewers for craft beers to keep it local. Basically, it’s just a really good burger place. That's the highest accolade there is, right?

Looking to enhance your dining experience? Check out a local MedMen cannabis retailer before your next big meal.

These statements have not been evaluated by the Food and Drug Administration. Products are not intended to diagnose, treat, cure, or prevent any disease.
Back to Travel List
‌
Travel
Here’s How To Ace An Orlando Trip

‌
Travel
Where To Eat In Vegas: Off The Strip