Cannabis and Sex Throughout History

Cannabis and wellness—including wellness of a sexual nature—have gone hand-in-hand since the beginning of human history. The earliest references of cannabis are found all the way back in 2700 BCE, when—according to Chinese legend—the ancient Chinese emperor Shen Nung discovered the plant’s healing properties. But when it comes specifically to the topic of cannabis and sex, it can be traced to sacred Hindu texts: the Vedas. Known as bhang, and described as one of the five sacred plants, cannabis was believed to clear phlegm and treat a variety of medical conditions, ranging from fever, epilepsy, and multiple sclerosis. On top of all that, it was also considered an important tool in Tantric ritual.

History of Cannabis and Sex

According to the Journal of Psychedelic Drugs (1977), “the role of cannabis in Tantric ceremony is thus to enable the worshippers to feel the divinity within and without themselves.” (Now, there’s a sentence that should make a pretty convincing selling point for anyone still on the fence about consuming cannabis). Today, cannabis is enjoyed as bhang lassi, a sort of “weed milkshake” made with milk or yogurt, ground nuts, rose water, and spices like cardamom, nutmeg, and cinnamon, and of course, ground cannabis that is mixed with water and formed into balls. Bhang is traditionally consumed during the Hindu festival, Holi. 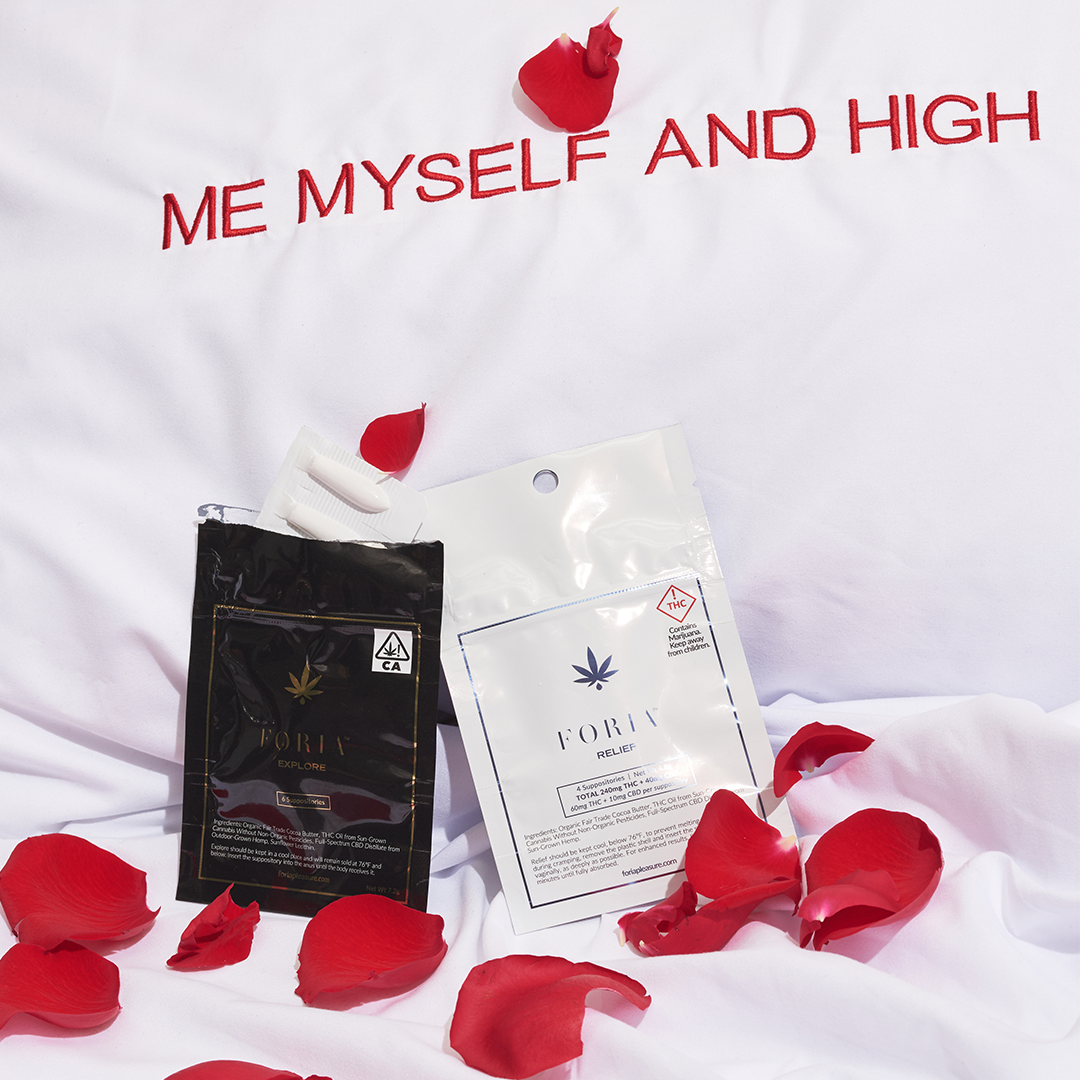 Throughout history, there have been countless other instances of people using cannabis for sex and sex-related wellness issues. Betrothed virgins in Soviet-era Russia prepared for their wedding nights using a mixture concocted of lamb’s fat and cannabis (known as nasha) in order to reduce “the pain of defloration.” In Serbia, hempseed was believed to be an aphrodisiac, which led men to wear hemp in order to increase their sexual prowess. And in western Uganda, cannabis has been used to treat impotence and erectile dysfunction. 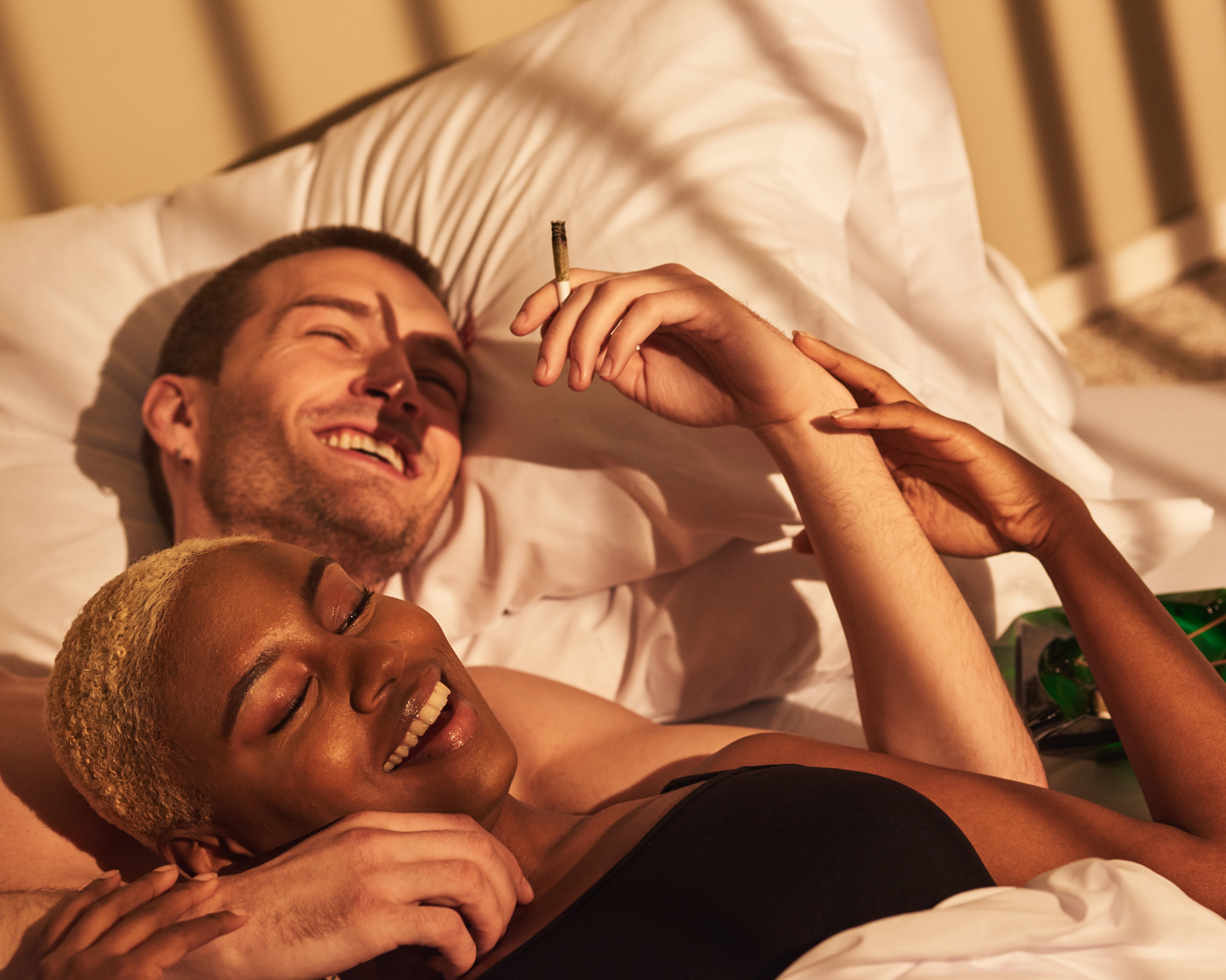 Today, cannabis is very often used to enhance sexual pleasure and increase sexual wellness. In fact, the trend of cannabis products promising a good time in the sack is only growing. “There are THC-only formulations, hemp-derived CBD formulations, THC and CBD formulas, oil-based, water-based, and everything in-between,” says Ashley Manta, a cannabis-focused sex educator and intimacy coach who praises the cannabis intimacy brand Foria as a trailblazer in the business. “Foria’s debut product, Pleasure, was the first THC-infused topical to be marketed specifically to women, both for sexual health concerns related to menopause, endometriosis, and/or trauma, as well as to enhance pleasure,” Manta says. “That product was released in 2014, and since then there has been a rush of companies wanting to get their piece of the sex and cannabis market.”

In the five years since Foria opened the door and paved the way, other brands have joined in, putting their own spin on the sex and cannabis movement through various advancements and technology. Vape brand Dosist has its Pleasure pen, which aims to bring just that, and Kikoko has the Sensuali-Tea. There are also cannabis strains specifically geared towards sex, like the low-THC Sexxpot, as well as CannaMojo, a male-enhancement pill infused with THC.

While there’s still more research that needs to be done when it comes to the intersection of sex and cannabis, Manta has a positive outlook: “The good news is, we're having the conversations and we're giving consumers a lot of things to try so that they can find products that are ideally suited to their needs.”

You can find all these products at your local California MedMen!

‌
6 Streaming High-Energy Workouts to Do at Home

‌
Can Cannabis Help With Anxiety?